Cambodian Prime Minister Hun Sen has sacked a top disaster management official, saying he failed to take responsibility for a Chinese-owned building under construction that collapsed at the weekend, killing at least 28 people.

Deputy Director of the National Committee of Disaster Management Nhim Vanda was fired on Monday due to a “lack of responsibility, and for lying” about the disaster, Hun Sen said in a post on Facebook.

In a rare move, Yun Min, the governor of Preah Sihanouk province, submitted his resignation and it was accepted, Hun Sen said.

The retrieval of bodies continued on Monday, as the death toll rose to 28 with no further survivors expected to be found under the debris of the seven-storey Chinese-owned construction site. Twenty-four people were injured in the collapse.

Three Chinese nationals and a Cambodian landowner have been held for questioning over the building collapse, which Hun Sen blamed on “carelessness” by the construction company.

The Chinese embassy in Cambodia, a strategically important country with ports and borders to other Mekong countries, expressed their condolences and backed a “thorough investigation” into the role of the three Chinese nationals and the cause of the accident.

Workers clawed back the rubble overnight as a grim-faced Hun Sen visited the scene of the collapse in Sihanoukville, a beach town undergoing a Chinese investment bonanza.

The night was punctuated by grim processions of bodies on stretchers being carried to waiting ambulances.

On Monday morning, an AFP reporter saw a partially buried body, covered by a mosquito net to keep off flies in the searing heat, as the debris began to yield after 48 hours of excavation by hand, pneumatic drills and diggers.

“We don’t expect any more survivors,” a soldier who manned the scene throughout told AFP, requesting anonymity.

Distraught relatives at a local hospital said around a dozen people were believed to be entombed in the concertinaed floors of the building, which collapsed before dawn on Saturday as dozens of workers slept inside.

“I lost my husband and my nephew,” Khim Pov, 47, crying and hugging her daughter, told AFP while her son – who was able to crawl out from the debris – received treatment.

“I don’t have any hope my husband has survived. The bodies being pulled out have been flattened.” 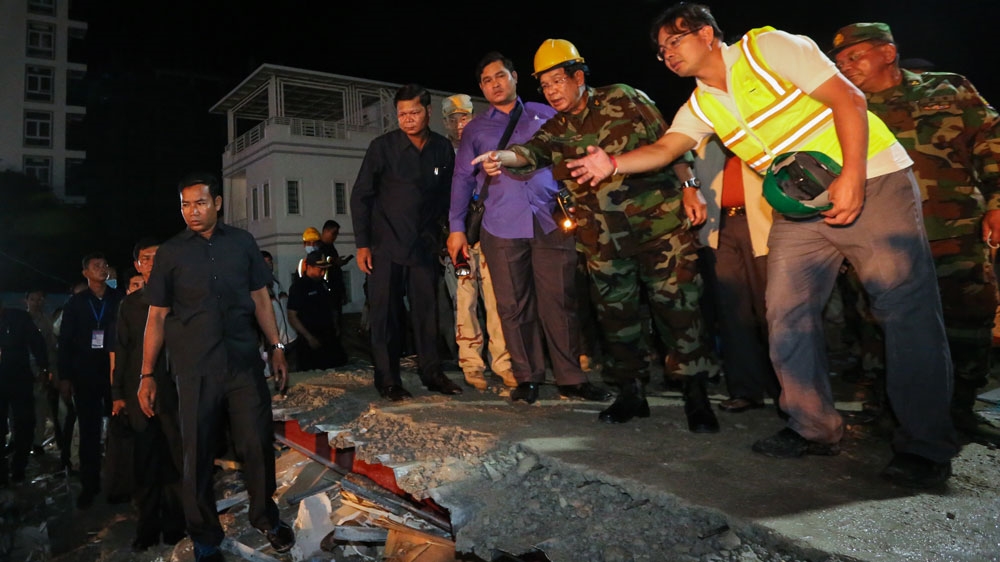 Other survivors said they woke to a loud bang and managed to escape as the building folded in, leaving dozens of workers stranded on upper floors.

The once quiet fishing village of Sihanoukville has seen a Chinese construction boom driven by tourists to its dozens of casinos in recent years, with questions raised about the speed of development in a nation notorious for lax safety standards.

There are an estimated 200,000 construction workers in Cambodia, mostly unskilled, reliant on day wages and not protected by union rules, according to the International Labour Organization (ILO).

Beijing is pouring investment into Cambodia as part of its behemoth Belt and Road Initiative, a sweeping trillion-dollar global infrastructure and investment programme.

Around $1bn was invested in the Preah Sihanouk province between 2016 and 2018 alone, and there are around 50 Chinese-owned casinos and dozens of hotel complexes under construction in Sihanoukville. 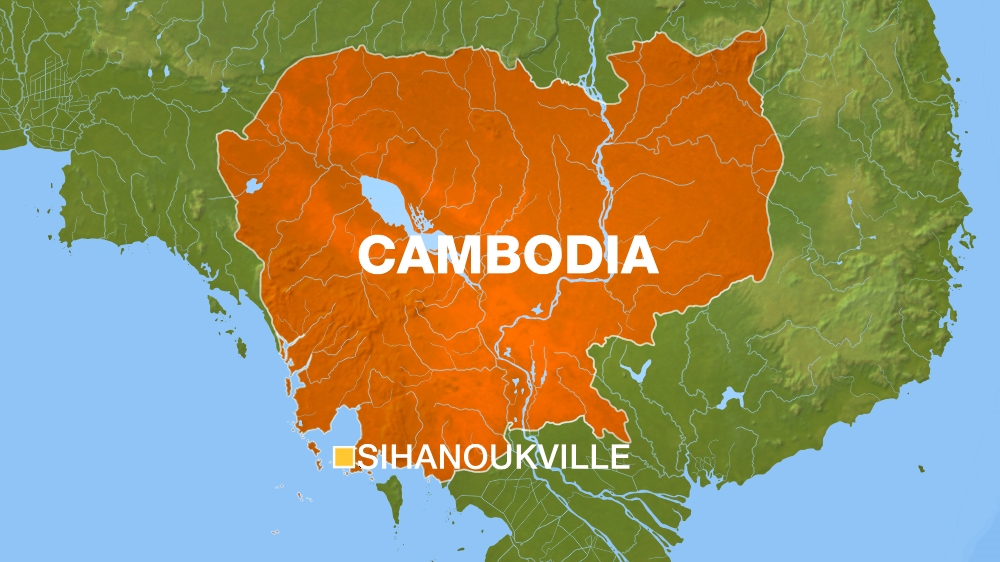