The United States and the Taliban are set to open fresh negotiations in Qatar as part of a bid to find a peaceful solution to Afghanistan’s 18-year-old war.

In a Twitter post on Sunday, the US Special Representative for Afghanistan Reconciliation said that “faster progress” is needed in negotiations and that the seventh round of US-Taliban talks will begin on June 29 in Doha.

We'll start the next round of talks on Jun 29. Based on my recent visits to #Afghanistan and #Qatar, I believe all sides want rapid progress. #AfghanPeaceProcess

In May, US and Taliban negotiators wrapped up a sixth round of peace talks in Qatar with “some progress” made on a draft agreement that included the withdrawal of US forces from Afghanistan, a nationwide ceasefire and intra-Afghan talks.

But at the time, Khalilzad said the “pace” of the talks was not “sufficient when so much conflict rages and innocent people are dying”.

The Taliban has long demanded the US pull out troops sent to Afghanistan after the September 11, 2001 attacks in the US. That year, a US-led military coalition overthrew the Taliban government for sheltering al-Qaeda, the group blamed for the attacks in the US.

About 17,000 foreign troops, including a contingent of some 14,000 US soldiers, are based in Afghanistan as part of a US-led NATO mission to train, assist and advise Afghan forces.

Some US forces also carry out “counterterrorism” operations.

The US has said it will not agree to any withdrawal of troops until the Taliban commits to preventing Afghan territory from being used by international “terror” groups, as well as a ceasefire and dialogue with other Aghan parties.

But the Taliban has insisted on a withdrawal timeline from the US.

So far, it has also refused to negotiate with President Ashraf Ghani‘s government in Kabul, calling it a “puppet” of the West.

Meanwhile, intense fighting continues across the country even as the Taliban remains in talks with the US. The group now controls or holds influence over more Afghan territory than at any point since 2001. 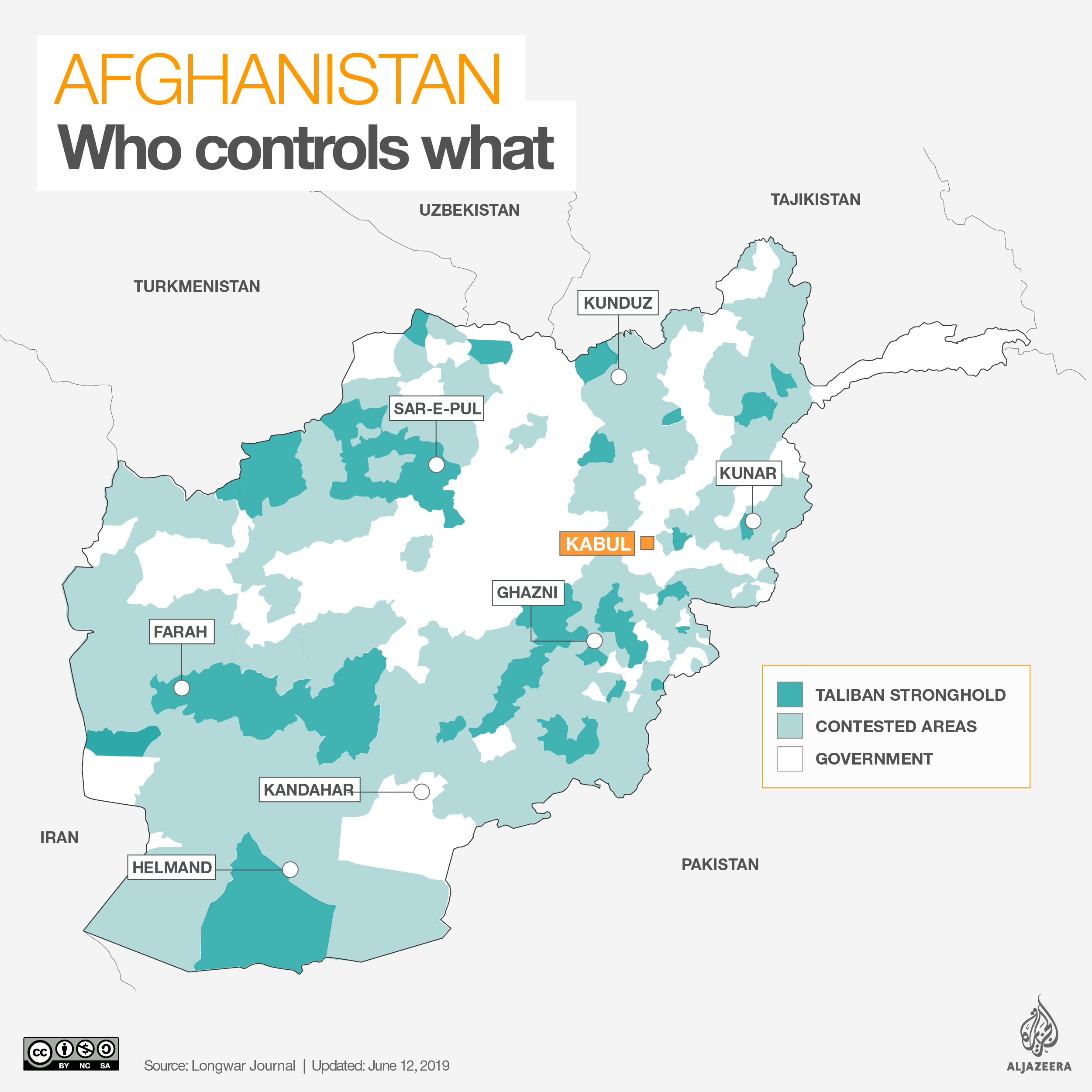