Turkish President Recep Tayyip Erdogan has said that the Egyptian government should be tried in international courts for the death of former President Mohamed Morsi.

Morsi, a leading member of the Muslim Brotherhood group which is now banned in Egypt, died on Monday after collapsing in a Cairo court while on trial on espionage charges.

Egypt‘s first freely elected president was deposed in a 2013 coup orchestrated by the current President Abdel Fattah el-Sisi and placed under house arrest before being moved to prison.

“Mohamed Morsi flailed on the courtroom floor for 20 minutes and the authorities did not help him. This is why I say Morsi did not die, he was murdered,” Erdogan told supporters on Wednesday at an election rally in Istanbul.

“We, as Turkey, will follow this issue and do everything possible for Egypt to be tried in international courts for Morsi’s death,” he said, calling on the Organisation of Islamic Cooperation to take action towards this end.

On Tuesday, the UN called for a “thorough and transparent investigation” into the death of Morsi, drawing criticism from Egypt, which accused the UN of seeking to “politicise” his death.

“Any sudden death in custody must be followed by a prompt, impartial, thorough and transparent investigation carried out by an independent body to clarify the cause of death,” Rupert Colville, spokesman for the UN high commissioner for human rights, said.

Earlier, the Turkish leader called Morsi a “martyr” adding that he did not believe the former president died due to natural causes.

Erdogan’s Islamist-rooted AK Party supported Morsi’s short-lived Egyptian government, and many Brotherhood members and supporters have fled to Turkey since its activities were banned in Egypt.

The Turkish leader added he would raise the issue at the G20 summit in Japan at the end of the month.

The attorney general’s office in Egypt has said that Morsi was “transported immediately to the hospital”, where medics pronounced him dead. Cairo has dismissed accusations that he was badly treated.

Morsi was buried on Tuesday in Cairo, as rights groups including Amnesty International and Human Rights Watch called for an independent probe into the causes of his death.

Erdogan on Tuesday joined a prayer session at an Istanbul mosque for the former Egyptian leader, while thousands of people across the Middle East paid their respects to the former president.

Journalists were kept away from the burial service in Cairo, while a family request to bury him in his home town was turned down. 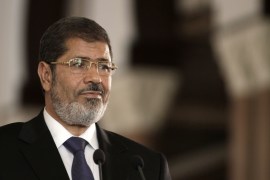 Morsi’s presidency was a flicker of hope for a democratic future in a country long dominated by ruthless dictators. 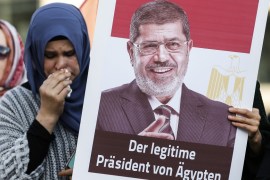 Cairo says UN’s call for independent probe into Morsi’s death is a ‘deliberate attempt to politicise a natural death’. 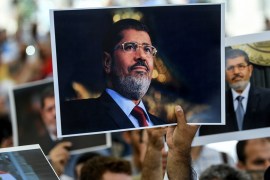