The pre-monsoon heat increase in India and Pakistan is breaking records again. In Jacobabad, Sindh Province in central Pakistan, the temperature was recorded as 51.1 degrees celsius on June 1. This equals the standing record for June and is 7 degrees above average.

In the adjacent Indian state of Rajasthan, the northernmost city of Ganganagar has been flirting with 50C for several days. It holds a record maximum temperature of 50C and an average for June of 41.5C.

Ganganagar lies on the edge of the Great Thar Desert and Jacobabad on the western edge of the Indus valley. Geographically both get little benefit from the southwest monsoon rains so it is not surprising they are among the hottest cities in these two countries.

Last year’s figures were similar – but the records are being equalled or broken virtually every year. While the average for the month of May was exceeded by only 0.5C in Jacobabad, the hitting of the June record seemed all too easy.

In India, heatwave warnings are familiar before the monsoon breaks. The Indian Meteorological Department has issued severe heatwave warning for the states of Rajasthan and Madhya Pradesh.

There is no respite from the heat as the monsoons are running late.

The forecast from the Met Department for this season’s monsoon rain is for a normal total, tending towards it being a little deficient. This is an El Nino year which does not provide favourable conditions for monsoon rains. 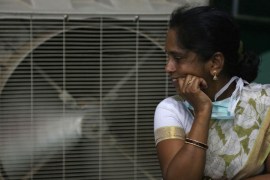 New study reveals that climate change in India, Pakistan and Bangladesh can drive heat and humidity to new extremes. 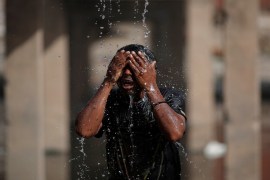 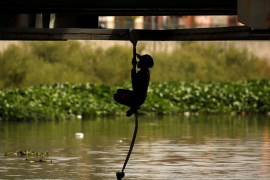 Heatwaves hit much of Asia earlier than expected

Record temperatures have been recorded from Pakistan to Vietnam before monsoon rains. 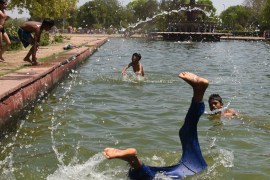 Temperatures are currently running around five degrees above average across much of northern India.