Hong Kong‘s leader apologised again for the turmoil surrounding a controversial extradition bill that would have allowed suspects to be sent to mainland China for trial and indicated it would not be revived during the current legislative session.

Millions of people have taken to the streets of the semi-autonomous territory to protest the bill, which they fear would lead to critics of Beijing being targeted if passed.

Chief Executive Carrie Lam offered a “most sincere apology” on Tuesday, telling reporters at a press briefing she had heard people’s concerns “loud and clear”.

Lam stopped short of meeting protesters’ demands to scrap the bill, but said legislative work on it had been “stopped immediately” and there was no timetable to resume.

“If we don’t have confidence from the people, we will not proceed with the legislative exercise again,” Lam said.

“The effect is that the bill will lapse and the … government accepts that reality.”

The announcement was met with cheers from protesters gathered outside the building where Lam was speaking.

The bill is due to expire in July next year.

Lam already postponed a vote on the bill by the territory’s legislature several times as protests showed no sign of winding down.

“People have expressed in a peaceful and rational manner their concerns about the Fugitive Offenders’ Ordnance and their dissatisfaction and disappointment with the government – especially me,” Lam said in her first appearance since some two million people flooded the city’s streets on Sunday, demanding her resignation.

The pro-Beijing leader, known as “the fighter” for her tough leadership style, said she planned to serve until the end of her three-year term in 2020, adding she is passionate about the future of Hong Kong and recognised those protesting shared that sentiment.

She issued a written apology on Sunday, which many said lacked sincerity.

Protesters have given the chief executive until Thursday to withdraw the extradition bill and threatened to escalate demonstrations should she fail to do so.

Those protesting see the bill as a threat to the rule of law in Hong Kong, which enjoys greater freedoms than mainland China under the principle of “one country, two systems”.

The framework was put in place when Hong Kong was handed back to China by the United Kingdom in 1997 and is a frequent cause of tension between the city and the mainland. 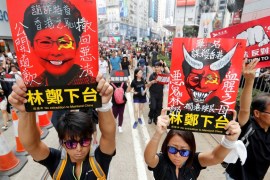 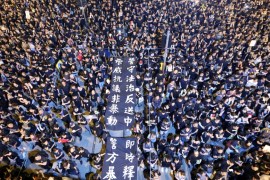 How will Hong Kong deal with growing public discontent?

Anger over Hong Kong’s controversial extradition bill isn’t going away, even after it was suspended. 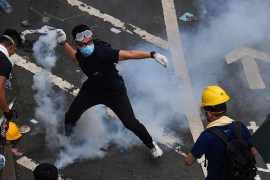