Saudi Crown Prince Mohammed bin Salman (MBS) has warned against “exploiting” the murder of journalist Jamal Khashoggi for political gains, in what appeared to be a veiled attack on Turkey.

Turkey’s ties with Saudi Arabia have come under strain since the brutal killing of Khashoggi last October in the Saudi consulate in Istanbul, which tarnished the reputation of MBS.

Turkish officials were the first to report the murder and have continued to press Saudi Arabia for information on the whereabouts of his dismembered body, which has yet to be found.

“The death of Jamal Khashoggi is a very painful crime,” MBS told pan-Arab daily Asharq al-Awsat in an interview published on Sunday.

He said “those accused of carrying out the crime are government officials” and the kingdom is seeking to “achieve full justice and accountability, without getting distracted by positions taken by some for their own domestic considerations that are known to everyone”.

“Any party exploiting the case politically should stop doing so, and present evidence to the [Saudi] court, which will contribute in achieving justice,” he added, without directly naming Turkey.

Prince Mohammed, however, added that he wants strong relations with “all Islamic countries, including Turkey”.

The CIA has concluded Khashoggi’s murder was likely ordered by MBS, the de facto ruler and heir to the Arab world’s most powerful throne.

Saudi prosecutors have absolved Prince Mohammed and said around two dozen people implicated in the murder are in custody, with death penalties sought against five men.

US President Donald Trump and members of his administration have declined to assign blame to MBS and instead emphasised the importance of the United States‘ strategic relationship with Saudi Arabia in the Middle East.

Agnes Callamard, the UN special rapporteur conducting an independent inquiry into the killing, in March condemned what she called a lack of transparency in the legal proceedings and demanded an open trial.

The kingdom “is grievously mistaken if it believes that these proceedings, as currently constituted, will satisfy the international community”, she said.

Her report is expected to be released on Wednesday.

Khashoggi, a US resident, had written critically of MBS and was killed in what Riyadh described as a rogue operation.

MBS said the kingdom was committed to “full justice and accountability” in the case, as he faces international pressure to punish the culprits. 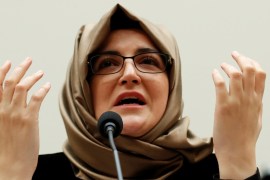 ‘World has done nothing’: Khashoggi fiancee gives US testimony 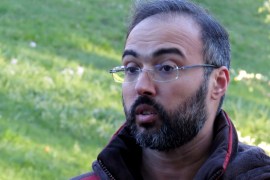 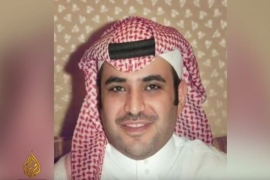 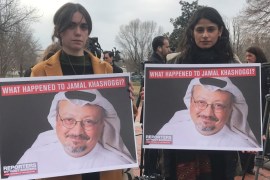