Turkey‘s top election board announced on Monday that the vote for the mayor of Istanbul, the country’s largest city and economic hub, will be redone.

The new vote will be held on June 23, the board said in a statement, adding the March 31 election was cancelled because of “situations which affected the result and honesty” of the polls.

Some ballot box committees were formed illegally by district election board members who will face criminal complaints, the High Election Board said.

It also voted to cancel the mandate of Istanbul Mayor Ekrem Imamoglu of the main opposition Republican People’s Party (CHP).

Imamoglu was declared the mayor of the metropolis on April 17, pending the AK Party’s last objection to the close results.

President Recep Tayyip Erdogan‘s ruling Justice and Development (AK) Party had lodged an “extraordinary objection” and asked for a rerun of the election after several previous appeals. The party alleged voting irregularities made the results invalid.

Erdogan Toprak, an Istanbul parliamentarian with the CHP, told Al Jazeera the board’s decision to redo the Istanbul polls opened the reliability of the Turkish legal and electoral systems up for discussion.

“It is a decision that breaks the trust of the Turkish citizens and international community in elections in Turkey,” he said.

“This wrong decision made by top legal personalities of Turkey shows the shadow of the governing party’s politics on the judiciary and elections,” he added.

But Markar Esayan, an AK Party MP from Istanbul, said the electoral board made the right decision as his party discovered “organised irregularities” at many ballot boxes in Istanbul.

“We presented a concrete file of these irregularities to the election board. A decision in the opposite direction would give a questionable five-year-term to the CHP’s candidate,” he told Al Jazeera.

According to the final tally announced by the provincial election board on April 17, Imamoglu secured the mayoral seat with 4,169,765 votes, while the AK Party’s Binali Yildirim received 4,156,036 votes – a difference of 13,729 votes.

Istanbul’s mayorship has been controlled by the AK Party for the last 15 years. Erdogan was also the mayor of Istanbul between 1994 and 1998.

Turkish voters cast their votes nationwide on March 31 in local elections to elect city mayors, council members, and other local officials for the next five years.

The AK Party also lost the mayorship in the capital, Ankara, in the polls.

The election took place against the backdrop of an economic slowdown in Turkey, amid spiralling inflation, rising unemployment, and a devalued currency. The Turkish economy entered recession for the first time in a decade last year.

Erdogan had personally campaigned hard ahead of the local vote, his first electoral test since the economic crisis. 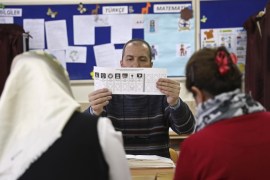 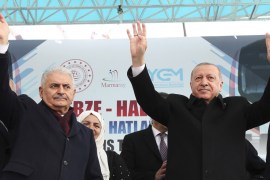 The ruling party is set to lose control of Turkey’s two biggest cities in a surprise election setback. 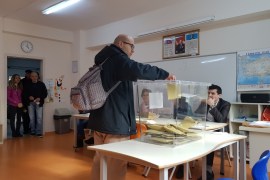