The purpose of the drill was to test performance of “large-calibre long-range multiple rocket launchers and tactical guided weapons by defence units”, the Korean Central News Agency said.

Giving orders on Saturday for the test firing, Kim stressed the need to “increase the combat ability to defend the political sovereignty and economic self-sustenance” of North Korea in the face of threats and invasions, the report said.

Photographs released by KCNA showed the tactical guided weapons fired could be short-range, ground-to-ground ballistic missiles, according to Kim Dong-Yub, a military expert at the Korean Kyungnam University’s Institute for Far Eastern Studies.

While such a missile launch would be in violation of UN Security Council resolutions, at least it would not involve long-range ballistic missiles that have been seen as a threat to the United States.

“What was sobering for me was that unexpectedly, there was a photo of a short-range, ground-to-ground ballistic missile, otherwise known as the North’s version of Iskander,” said IFES’s Kim, referring to a Russian ballistic missile system.

The new, solid fuel ballistic missiles were able to fly as far as 500 kilometres, putting the entire Korean Peninsula within range, and were capable of neutralising the advanced US anti-missile defence system (THAAD) deployed in South Korea, the military analyst said.

The South Korean defence ministry, however, put the range of weapons fired on Saturday at between 70km to 240km.

Analysts interpreted the latest weapons test as an attempt to exert pressure on Washington.

The United States and North Korea have been at loggerheads since the collapse of a Trump-Kim summit in February, when the two sides clashed over sanctions and the extent of Pyongyang’s concessions on its atomic arsenal.

But despite the latest sabre-rattling from Pyongyang, Trump insisted that a breakthrough was possible.

“Kim Jong Un fully realizes the great economic potential of North Korea, & will do nothing to interfere or end it,” Trump tweeted.

“He also knows that I am with him & does not want to break his promise to me. Deal will happen!”

The US leader did not elaborate on Kim’s promise.

The North Korean drill comes just days before US special representative Stephen Biegun is to visit Japan and South Korea for talks on Pyongyang’s nuclear arsenal. 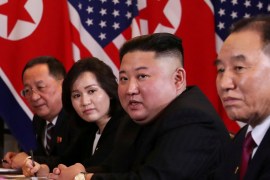 Weapons test seen by analysts as a likely sign of Pyongyang’s growing frustration at stalled diplomatic talks with US. 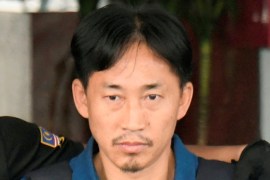 North Korea: Chemistry, a killing, and then karaoke