Iran has rejected what it calls “baseless” accusations made at an Arab summit, saying Saudi Arabia had joined the United States and Israel in a “hopeless” effort to mobilise regional opinion against Tehran, state media reported.

Saudi Arabia’s king told an emergency Arab summit on Thursday that decisive action was needed to stop Iranian “escalations” in the region following attacks on oil assets in the Gulf, as American officials said a US military deployment had deterred Tehran.

“Foreign Ministry spokesman Abbas Mousavi … rejected the baseless accusations by the heads of certain Arab countries … and said: ‘We see the Saudi effort to mobilise [regional] opinion as part of the hopeless process followed by America and the Zionist regime against Iran’,” state news agency IRNA reported on Friday.

The comments by King Salman Abdul Aziz came as Saudi Arabia hosted in Mecca emergency meetings of the Gulf Cooperation Council (GCC), the Organisation of the Islamic Conference (OIC) and the Arab League to counter what it said was Iran’s growing influence.

A Gulf-Arab statement and a separate communique issued after the wider summit both supported the right of Saudi Arabia and the United Arab Emirates (UAE) to defend their interests after the attacks on oil pumping stations in the kingdom and tankers off the UAE coast.

But in a sign of regional tensions, Iraq, which has good ties with neighbouring Iran and the US, said it objected to the Arab communique, which stated that any cooperation with Tehran should be based on “non-interference in other countries”.

Reporting from Tehran, Al Jazeera’s Zein Basravi said Iran knows that the final communique at the meeting is “not necessarily the real opinion of all the members of the GCC”.

“He [Mousavi] also rejected and condemned allegations against Iran for interfering in the affairs of neighbouring countries, as the Saudis said in the meeting,” he said.

Basravi said the Iranian leader also said “Saudi Arabia was misusing its role as host for the OIC meeting to spread … divisive policies among Muslim leaders”.

Iran’s “recent criminal acts … require that all of us work seriously to preserve the security… of GCC countries,” the king added.

An Iranian official was at the meeting where Assaf spoke. Tehran has denied any involvement in the attacks.

US NSA John Bolton claimed on Wednesday Iranian mines were “almost certainly” used in the tanker operation. He provided no proof, however.

Animosity has risen between the US and Iran after Washington pulled out of a multinational nuclear deal over Tehran’s alleged contravention of its terms. The US then reimposed sanctions and boosted its military presence in the Gulf.

On Friday, the UN atomic watchdog said Iran has continued to stay within the limitations set by the 2015 nuclear deal, but reported its stockpiles of low-enriched uranium and heavy water are growing and raised questions fro the first time about Iran’s adherence to a key provision intended to limit the country’s use of advanced centrifuges.

Thomas Pickering, a former US ambassador to the United Nations, told Al Jazeera the Qatari prime minister’s presence at the summit was an important step.

Analysts said the emergency summit will be watched closely for whether the Saudis will endorse Qatar as a mediator in the dispute with Iran the same way the US has.

Gulf states have a joint defence force under the GCC, but the 39-year-old alliance has been fractured by the Qatar blockade. 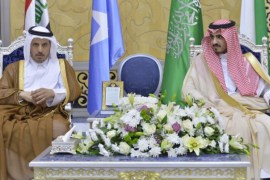 PM Sheikh Abdullah is first high-profile official from Doha to visit Saudi Arabia since the blockade of Qatar in 2017. 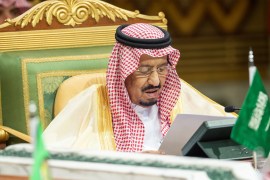 Saudi king blasts Iran for ‘naked aggression’ in the Gulf

King Salman also presses the international community to ‘use all means’ to stop Tehran from regional meddling. 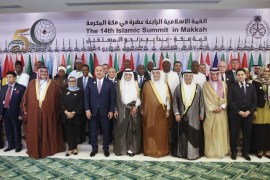 All you need to know about the OIC

The Organisation of Islamic Cooperation is the second largest intergovernmental body after the UN. 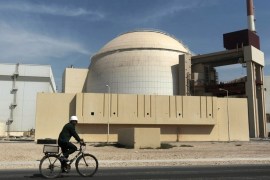