A US move to send more troops to the Middle East after accusing Tehran of being behind attacks on tankers in the region is “extremely dangerous … [for] international peace”, Iranian Foreign Minister Mohammad Javad Zarif has been quoted as saying.

“Increased US presence in our region is extremely dangerous and it threatens international peace and security, and this should be addressed,” state news agency IRNA quoted Zarif as saying on Saturday.

The United States on Friday announced the deployment of 1,500 troops to the Middle East, describing it as an effort to bolster defences against Tehran as it accused Iran‘s Revolutionary Guards of direct responsibility for the tanker attacks earlier this month.

On May 12, the United Arab Emirates (UAE) said four commercial ships off the coast of Fujairah, one of the world’s largest bunkering hubs, were “subjected to sabotage operations”.

The attack caused “significant damage to the structure of the two vessels”, according to Saudi Arabia’s energy minister, Khalid al-Falih.

US officials said initial assessments suggested Iran was involved in the attack, without offering evidence supporting the claim. Iran has denied it had anything to do with the incident.

Speaking to reporters on the White House lawn shortly before departing for a trip to Japan on Friday, US President Donald Trump said the purpose of the deployment was “mostly protective” and was meant to increase the security of forces already in the region.

“We want to have protection in the Middle East. We’re going to be sending a relatively small number of troops,” Trump said.

“Right now, I don’t think Iran wants to fight. And I certainly don’t think they want to fight with us,” he added.

The Trump administration had notified Congress earlier on Friday about the troop plans.

According to a copy of the notification obtained by the Associated Press news agency, the forces would number “roughly” 1,500 and would be deployed in coming weeks “with their primary responsibilities and activities being defensive in nature”.

At a Pentagon news briefing on Friday, officials said the US planned to send 900 more forces, including engineers and a fighter aircraft squadron, to the Middle East to bolster US defence and extend the deployment of some 600 personnel manning Patriot missiles.

Meanwhile, a senior Iranian military commander said on Saturday that “rational Americans and experienced US commanders” were likely to rein in Washington’s “radical elements” and prevent a war with Iran.

“We believe rational Americans and their experienced commanders will not let their radical elements lead them into a situation from which it would be very difficult to get out, and that is why they will not enter a war,” Brigadier General Hassan Seifi, an assistant to Iran’s army chief, told Mehr, the country’s semi-official news agency on Saturday.

On Friday, Zarif reiterated his country’s rejection of the US’s increase in military deployments to the region while on a visit to Pakistan.

Iran “will see the end of Trump, but he will never see the end of Iran,” Zarif was quoted by state news agency Fars as saying, during his trip to the Pakistani capital, Islamabad, before the US announced the troop increase.

“War is not in anyone’s interest and all sides need to make efforts to keep conflict away from the region,” General Bajwa said, according to a Pakistani military statement.

Earlier this month, the US sent a carrier attack group and bomber taskforce to the Middle East, citing a “credible threat” from Tehran.

The news came after acting US Secretary of Defense Patrick Shanahan denied earlier reports that the Trump administration was planning to send as many as 10,000 troops to the region.

Shanahan, however, said that sending additional troops was an option they were considering. 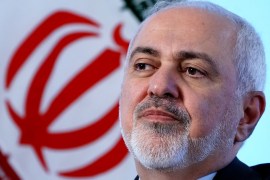 Iranian FM visits Baghdad to discuss rising tensions with the US

Visit by Mohammad Javad Zarif comes as Iraqi leaders express their readiness to mediate in the US-Iran crisis. 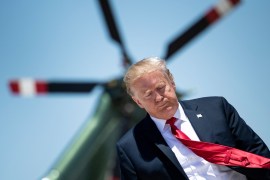 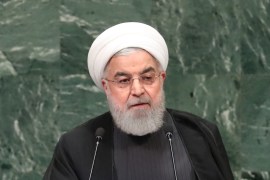