Libya‘s coastguard has rescued 290 migrants clinging to inflatable rafts in two operations near the capital, Tripoli.

The coastguard is part of Libya’s navy.

Another group of 203 migrants was rescued from two inflatable boats off Zlitin, a town 160km east of the capital, said Qassem.

“The illegal migrants were found clinging to shabby and broken boats. They were rescued by patrols of coastguards on two different vessels,” said Qassem before adding they were handed over to anti-illegal migration department.

The rescued migrants, including seven women and a child, were from different Arab and sub-Saharan countries.

The western coast of Libya is the main departure point for hundreds of thousands of migrants fleeing their countries from wars and poverty to reach shores of Italy.

After an Italy-backed deal, the number of crossings has dropped sharply since July 2017 when human traffickers were expelled by an armed group from a smuggling hub of Sabratha city in western Tripoli.

But thousands of migrants and refugees held in detention centres across the city have been caught in the middle of clashes when renegade military commander Khalifa Haftar ordered his Libyan National Army to advance on Tripoli on April 4.

Al Jazeera reported earlier this month that hundreds of migrants at Abu Salim Detention Centre, in southern Tripoli, were struggling to find food.

Speaking on the issue at the time, Craig Kenzie, the project coordinator for Tripoli with Doctors Without Borders, said food has been a “chronic issue” in detention centres the aid agency works in, both before and since the conflict, which has led to “significant disruption” in food provisions.

The United Nations refugee agency had moved hundreds of refugees from Abu Salim Detention Centre in May, but those left on the front lines were increasingly hopeless.

The oil-rich North African country plunged into chaos after eight years of NATO-backed uprising that overthrew the long-rule of Muammar Gaddafi in 2011. 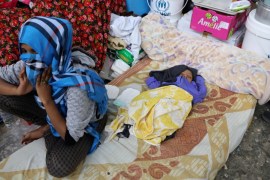 As Tripoli conflict continues, detained migrants run out of food

At least 376 people have been killed and thousands displaced since fighting erupted last month in the Libyan capital. 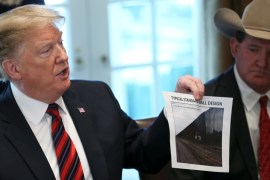 In latest lawsuit of its kind, four young migrants say the US government is unfairly denying their claims. 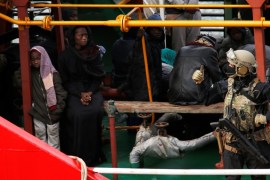 Malta special operations team took control of the vessel from migrants who were trying to steer it towards Europe.