At least 15 people have been killed in Mali‘s capital, Bamako, after torrential downpours caused widespread flooding across much of the city.

It is the beginning of the rainy season and the worst of the rain came down in a five-hour period in the early hours of Thursday morning, flooding streets, damaging buildings and sending cars floating down the streets.

The spokesman for the Ministry of Internal Security, Amadou Sangho said the flooding had caused serious damage and rescue teams had been deployed.

About 300 households were affected in the six communes of Bamako district, said a statement from the health ministry.

Some people were relocated to schools, as water rose to 2.5 metres in some areas, the statement continued.

At least 10 people were reported to have died in Niamakoro where a bridge was badly damaged.

There, residents blamed local government official for not managing the area. They said there was too much rubbish left in the streets and that it blocked the evacuation canals.

The Minister of Solidarity and the Fight Against Poverty, Hamdoun Konate, said steps would be taken to avoid such tragedies by freeing water passages, according to the health ministry statement.

Flooding is common in Mali once the rainy season begins. The country has three types of climate: desert, semi-desert and tropical.

The desert north is in the Sahara. The semi-desert region of the Sahel is in central parts of the country. This gets around 100 to 600 millimetres of rain in the wet season which runs from June to September. Then there is the tropical climate of the savanna (which includes Bamako) in the south, which can get more than 600mm of rain in the rainy season between May to October. 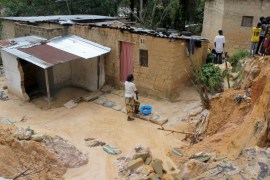 Floods in the middle of a cholera outbreak bring misery and death to densely packed Kinshasa. 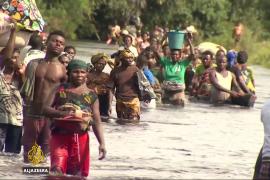 Residents in Niamey have criticised the authorities, saying rebuilding efforts in flood-stricken areas have been slow. 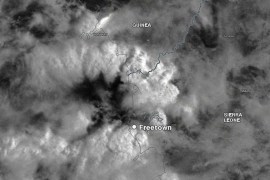 Is climate change to blame in Freetown?

Humanity may have worsened the conditions on the ground but is the weather worse anyway?