A top Omani government official has said Arabs must take initiatives to make Israel overcome “fears for its future” in the region, drawing criticism from Jordan.

The remarks on Saturday by Yusuf bin Alawi bin Abdullah, the minister responsible for foreign affairs in Oman, came on the sidelines of the World Economic Forum hosted by Jordan on the shores of the Dead Sea.

“The West has offered Israel political, economic and military support and it now holds all the means of power… but despite that, it fears for its future as a non-Arab country surrounded by 400 million Arabs,” he said.

“I believe that we Arabs must be able to look into this issue and try to ease those fears that Israel has through initiatives and real deals between us and Israel,” he told a panel discussing geopolitics.

The panel’s moderator, journalist Hadley Gamble, interrupted him to ask if the best solution to the decades-long Israeli-Palestinian conflict is “recognising Israel and its right to exist”.

The minister said, “No.”

“Not recognising, but we want them themselves to feel that there are no threats to their future.”

Jordanian Foreign Minister Ayman Safadi, whose country is the only Arab nation along with Egypt to have a peace treaty with Israel, dismissed the remarks saying “the issue is that there is an occupation” of Arab land.

“The issue is that there is an occupation. Is this occupation going to end or not?”

Israel, Safadi said, must “withdraw from Arab lands occupied since 1967 and allow” the creation of a Palestinian state. “This is the issue,” he said.

“If they [Israel] say they are not comfortable, that is not my problem,” said Safadi.

“The problem is not with Arabs giving assurances… the problem is with Israel doing what is right for peace,” he added.

“Israel… is not doing the right thing. Actually, it is doing more of the wrong things by suffocating Palestinians,” the Jordanian foreign minister said, referring to the Israeli-blockaded Gaza Strip.

“Gaza is probably, as you heard many times, the world’s largest prison,” he added.

In recent months, Israel has been courting Gulf Arab states.

In February, Israeli Prime Minister Benjamin Netanyahu met one-on-one with Alawi at an international conference in Warsaw, attended by officials from Saudi Arabia, Bahrain and the United Arab Emirates.

Last year, Alawi told a regional conference in Bahrain it might be “time for Israel to be treated the same [as states in the Middle East] and also bear the same obligations”.

Bahrain endorsed the remarks which at the time were said to be aimed at moving the Israeli-Palestinian “narrative from intractability to a new focus of pragmatism”. 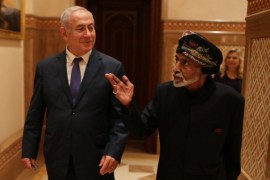 Oman says ‘Israel is a state’ in the Middle East 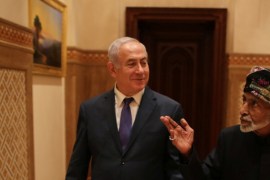 Normalising relations with Israel will not benefit Gulf states

Normalisation at the expense of the Palestinians would only embolden Israel’s government and anger the Arab street. 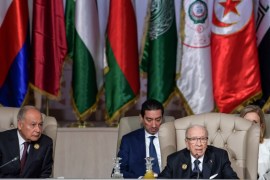