Thousands of people have marched in Sudan‘s capital, Khartoum, with many reaching the army headquarters for the first time since deadly demonstrations against President Omar al-Bashir erupted last year, according to reports.

The protests began in December as a movement reacting to spiralling prices and a failing economy but quickly escalated into demands for Bashir’s departure after three decades in power.

Chanting “one army, one people”, the protesters on Saturday heeded a call by the organisers to march on the army headquarters, located near Bashir’s residence.

Protesters chanted the slogan of the movement – “peace, justice, freedom” – as they marched through the streets of Khartoum and reached the army building, which also houses the Defence Ministry, according to onlookers.

Mamadou Abozeid, a Sudanese activist, told Al Jazeera that the crowds were able to voice their concerns.

“The longer it takes for Bashir to step down, the bigger the protests will get,” he said, speaking from Khartoum.

Meanwhile, Sudanese security forces broke into the Al Jazeera office in Khartoum and briefly detained three journalists – Taher al-Mardi, Ismail Adam and Majdi al-Sadik. They were released after a couple of hours.

On February 22, Bashir imposed a nationwide state of emergency after an initial crackdown failed to rein in demonstrators.

Since the emergency rule came into effect, protests have been largely confined to the capital and its twin city of Omdurman.

But organisers called for widespread rallies and a march on the army headquarters on Saturday, the 34th anniversary of the 1985 uprising that toppled the then-government of President Jaafar al-Nimeiri.

The military removed Nimeiri before handing over power to an elected government, which in turn was overthrown by Bashir in a coup.

Before the demonstrations began, security forces were deployed in large numbers at key squares in Khartoum and Omdurman, across the Nile.

“There’s a heavy security deployment where the protesters were to gather for the march, but they still came out and are chanting anti-government slogans,” a witness told AFP news agency without revealing his name for security reasons.

Shops and markets in central Khartoum were ordered shut before the march by security agents, according to onlookers.

“Those walking in groups were immediately detained or asked to return to their homes by security forces,” another onlooker said.

The protest movement was initially led by the Sudanese Professionals Association, an umbrella group of independent professional unions, that has called for fresh protests in the lead up to the march.

Analysts say the movement has emerged as the biggest challenge yet to Bashir’s rule.

However, the veteran leader has remained defiant and has introduced tough measures that have seen protesters, opposition leaders, activists and journalists arrested.

Officials say 31 people have died in protest-related violence so far, but Human Rights Watch has put the death toll at 51, including children and medics. 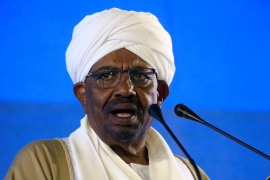 An NCP leader told reporters the general convention, due to be held next month, has been suspended indefinitely. 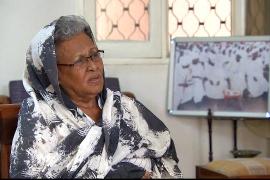 Al Jazeera speaks to one of the female protesters who has been released from prison in Sudan. 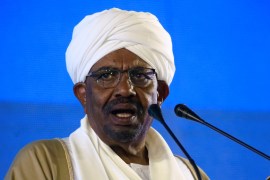 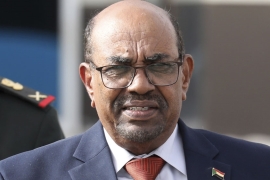 Police fire at rally in Khartoum as protesters continue to call for President Bashir’s resignation.