The United Kingdom Foreign Secretary, Jeremy Hunt, was set to hold a meeting on Yemen with his Saudi, and Emirati counterparts, as well as the representatives of the United States and the United Nations, amid fears that the peace process in the poorest country in the Middle East has faltered.

The meeting in London on Friday is expected to discuss “next steps in the UN-led process … [in order] to try to prevent fragile efforts towards a political settlement from collapsing”, according to a press release by the UK Foreign and Commonwealth Office (FCO).

The talks will bring together Saudi Arabia‘s Foreign Minister Abel al-Jubeir, United Arab Emirates‘ Sheikh Abdullah bin Zayed and representatives from the US and the UN.

“I called this meeting so that we keep doing everything we can to move forward on the hard road to peace in Yemen,” Hunt said before the meeting.

“This is a horrendous conflict and it is taking too long to turn the ceasefire agreed to in Stockholm into a durable path to peace,” the UK foreign secretary added.

Yemen’s warring sides agreed to a ceasefire in the flashpoint city of Hodeidah during UN-sponsored talks in Sweden last year which aimed at ending more than three years of war between the Saudi-backed Yemeni government and Houthi rebels.

The warring parties also agreed to withdraw troops from the port city, the main entry point for 70 percent of imports and humanitarian aid to Yemen.

But the UN Security Council (UNSC), in a statement earlier this month, expressed “grave concern” that the agreements have not been carried out.

“Each day that the war in #Yemen goes on is a day too long for the children there. More than 100 die daily from extreme hunger,” Hunt said in a tweet.

Each day that the war in #Yemen goes on is a day too long for the children there. More than 100 die daily from extreme hunger. Today I’m meeting partners from 🇺🇸🇸🇦🇦🇪 to discuss what more we can do. Taking far too long to turn ceasefire agreements into sustainable path to peace

The talks come after Britain said earlier this month that the UNSC should consider “stronger measures” if there was no progress in the coming weeks on a deal between Yemen’s warring parties on a key port.

Yemen analysts cast doubt on the success of the meeting, however, saying that the focus of the peace talks on Hodeidah has allowed the situation to escalate in other parts of Yemen.

“The way the [Sweden] agreement has been designed makes it solely focused on Hodeidah regardless of anything else happening. This has allowed fighting to escalate in many parts of Yemen and the Houthis to take back areas in the south,” added Shiban, saying he feared Friday’s meeting will do little to mitigate those developments.

According to a database tracking violence in Yemen, “lethal fighting continues across the country and has intensified in key governorates like Taiz and Hajjah”, the group said in a statement last week.

The Armed Conflict and Location Event Data Project (ACLED) also said that more than 70,000 people have been killed in Yemen’s civil war since January 2016, with 10,000 deaths in the past five months alone.

On Monday, Human Rights Watch said the Houthis’ “widespread use” of landmines along Yemen’s western coast since mid-2017 has killed and injured hundreds of civilians and “prevented aid groups from reaching vulnerable communities”.

Hunt cohosted a similar meeting in Warsaw in February which focused on implementing the Stockholm agreement and discussing measures to alleviate humanitarian suffering in Yemen. 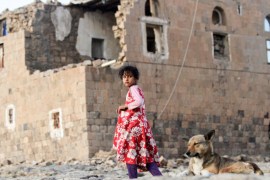 The December ceasefire that included troop withdrawals and the opening of humanitarian corridors has seriously stalled. 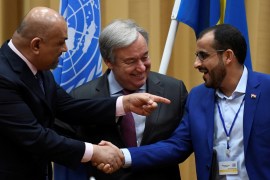 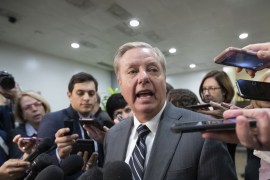 Vote condemning kingdom comes as bipartisan group of senators vows to apply sanctions pressure on it in 2019.