Khartoum, Sudan – Sudan’s interim leader said the transitional military council that has run the country since the overthrow of longtime leader Omar al-Bashir is committed to handing power to a civilian authority.

But opposition leaders said on Sunday they suspended talking with the military rulers because they didn’t believe their pledge to transfer control of the North African country.

“The transitional military council is complementary to the uprising and the revolution. The council is committed to handing over power to the people,” Lieutenant General Abdel Fattah al-Burhan told state TV on Sunday.

“We are not greedy at all to want to stay in power more than the time we agreed upon with the opposition parties. We are waiting for the opposition to submit their proposal.”

But opposition leaders later told supporters at a major rally in the capital Khartoum the military had failed to meet their demands and negotiations would be replaced with further demonstrations.

“The military council is still not serious about handing power over to civilians. This [military] council is also representing part of the old regime,” said Mohamed al-Amin Abdulaziz, the spokesman for the Sudanese Professionals Association (SPA).

“We will continue our protests and we will escalate our protests. We will boycott talks with the military council,” he said.

Al-Burhan also said Khartoum will send a delegation to Washington to seek the removal of Sudan from the US’s “state sponsors of terrorism” list.

“The United States has asked us to send a delegation for talks regarding the issue of removing Sudan’s name from the list of state sponsors of terrorism,” he said. “This delegation has been formed and will travel to the United States this week or next week.”

Meanwhile, thousands of protesters gathered outside the military headquarters in the capital, Khartoum, late on Sunday vowing to stay at the sit-in site until a civil government is installed.

“We want them to hand over to people who are independent. I think Burhan is honest. But I will continue with the protest until that happens.”

“I don’t trust Burhan. We want power to be fully handed to civilians, but Burhan is taking too much time. All indications are he has other intentions. I don’t think the military is interested in handing power over to a civilian authority.”

Protests in the northeast African country of more than 40 million people started in December after Khartoum increased the price of bread.

Demonstrators then started calling for al-Bashir and his government to step aside.

The military removed al-Bashir – who had been in office for three decades – from power on April 11.

The military council has made some concessions to protesters, including the removal of the country’s three highest-ranking public prosecutors, and the appointment of a new intelligence chief.

Protest organisers and political parties have also been invited by the army to decide on a civilian prime minister. But the army said it will hold on to control over the interior and defence ministries. 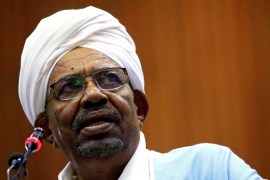 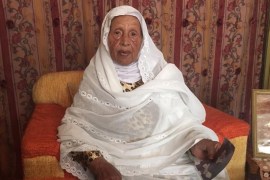 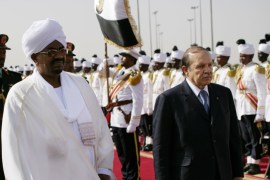