State television on Saturday showed images of Sisi casting his ballot at a polling station in the eastern suburb of Heliopolis.

Egypt‘s parliament on Tuesday voted overwhelmingly in favour of the changes, which include allowing the general-turned-president to extend his current term by two years and stand for another six-year-mandate, potentially extending his rule until 2030.

Prominent Egyptian newspaper columnist Abdullah Al Sennawy decried the amendments as a threat to the country’s stability. He said they would increase the government’s grip on power and erode the balance between authorities currently in place.

“Changing the constitution reflects the weakness of the regime. It is a sign that the regime is close to its end, such as what happened in Sudan and Algeria,” he said.

The 596-member assembly is packed with Sisi supporters, with 531 of the 554 legislators who attended the vote opting in favour of the constitutional changes.

Outside a polling centre near the Giza Pyramids, about two dozen people, mostly elderly women, lined up waiting to cast their votes. Heavy police and army security was reported at polling stations throughout the country.

Haja Khadija, a 63-year-old housewife, said she came for the “security and stability” of the country. “We love el-Sisi. He did lots of things. He raised our pensions.”

The ballot will also see voters decide on whether an upper parliamentary chamber should be created.

Omar Ashour, director of the security studies programme at the Doha Institute, told Al Jazeera the new body would likely work to further serve the interests of the Sisi government.

“In a democracy, the upper house’s role is to overview the lower house, have some form of oversight and review legislation,” he said.

“Since the upper house was founded in 1979 by Sadat, what it did really was outbid the lower house in a competition to please the leader. It [the senate] will be a legislation of jockeying, outbidding each other and a more favourable outcome for the regime.”

Sisi’s government has been repeatedly criticised by human rights organisations for alleged repression of political opponents.

In a statement on Tuesday, Amnesty International said the proposed constitutional amendments would “facilitate the authorities’ crackdown on freedom of expression, association and assembly, erode people’s rights, and exacerbate the human rights crisis in the country”.

“The decision to put these amendments to the constitution to a public referendum, amid the worst crackdown on freedom of expression and severe restrictions on political parties and independent media, demonstrates the Egyptian government’s contempt for the rights of all people in Egypt,” said Magdalena Mughrabi, Amnesty’s deputy Middle East and North Africa director.

Sisi, 64, was re-elected in March 2018 with more than 97 percent of the vote, in a ballot boycotted by large swaths of the country’s political opposition after several potential candidates dropped out citing intimidation or were arrested.

Only one other candidate, himself an ardent supporter of Sisi, opposed the incumbent. Mousa Mostafa Mousa had endorsed Sisi for a second term and even organised events to help nominate the former military commander up until a week before the nomination deadline.

The election commission said last year’s vote was held according to the “highest international standards of integrity and transparency”, but rights groups including international NGO Human Rights Watch criticised the ballot as neither “free nor fair”.

“I think you have to take votes that are held in military dictatorships with several grains of salt,” said Mohamad Elmasry, associate professor at the Doha Institute for Graduate Studies.

“Egypt has eliminated the opposition; it’s an environment of repression and fear. People are terrified to vote and express dissent.

“In the lead-up to this vote, more than 120 people have been arrested for campaigning for the ‘no vote’. We have to remember there are no independent monitors so the government is free to rig the results.”

Will Sisi rule Egypt for life?

Analysts say that Sisi’s second term will see constitutional changes that will expand his powers. 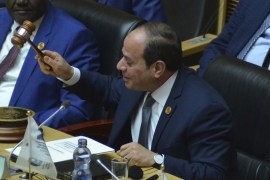 Legislators will decide on Wednesday whether to send the constitutional amendments to the legislative committee. 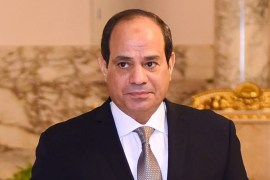 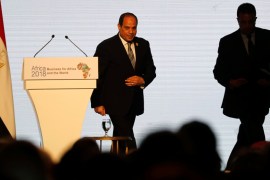