The small Canadian city of Beauceville, located to the east of Quebec City, was assessing major damage on Wednesday after an ice jam broke free in the spring thaw the day before, sending icy water down roads and flooding streets.

The floodwater rose quickly, moving chunks of ice and debris along with it through submerged roads according to the state broadcaster CBC.

Canadian news outlets reported that somewhere between 230 and 300 homes and businesses were flooded and that several dozen people had been displaced from their homes.

Water levels are now starting to drop along the Chaudiere River in Beauceville but the actual clean-up is expected to take many days if not weeks.

Such flooding has not been seen in the area in over a decade, and local meteorologists say that temperatures in the region are expected to stay above freezing. This means that the increased risk of flooding from melting snow is ongoing.

Meanwhile, the city of Rigaud, near the Quebec-Ontario border, is telling residents to pack up and leave their homes over the next 24 hours as Thursday and Friday will bring heavy rains, and the resulting floods could be worse than those in the spring of 2017.

Marie Andree Gagnon, a spokesperson for the municipality on the Ottawa River, west of Montreal, said flooding will peak over the next four days and will worsen quickly once it starts.

Environment Canada, which is part of the environment ministry, said 25 to 50 millimetres of rain is expected to fall in the region over Thursday and Friday, and the still-frozen ground has a limited ability to absorb it. More rain is forecast for the weekend.

Officials in Montreal and Laval are also bracing for flooding that could come by the weekend, as the storm clouds dumping rain near the Ontario border move further east.

Starting on Sunday, areas hit by flooding in 2017 could be in for more of the same. Montreal has not given an estimate of how many residences are at risk of flooding, but it said the same areas as 2017 will be affected. 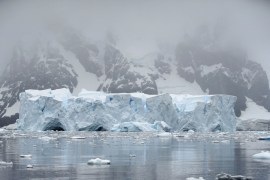 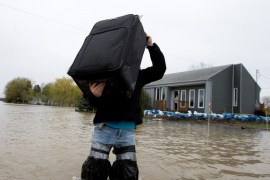 State of emergency declared in Montreal after floods

Torrential rain causes severe flooding across eastern Canada, at least 1,900 homes have been flooded in Quebec.