A Saudi court has postponed a fourth hearing in the trial of several women rights activists, a case that has intensified Western criticism of Saudi Arabia.

A court official informed some of the women’s relatives that the session would not take place as expected on Wednesday, citing the judge’s “private reasons”. He could not provide a new date.

We learn that the #WomensRightsDefenders trial did not take place today, for reasons that are not known. #StandWithSaudiHeroes

The public prosecutor said last May that some of the women had been arrested on suspicion of harming Saudi interests and offering support to hostile elements abroad.

Most of the 11 women on trial had campaigned for the right to drive and an end to the kingdom’s male guardianship system.

In an apparent crackdown on the women’s supporters earlier this month, Saudi authorities arrested at least nine writers and academics, including two US-Saudi dual nationals.

Al-Yousef’s son, Salah al-Haidar, is among the two Americans detained.

Last Wednesday, US Secretary of State Mike Pompeo said he had pressed Saudi Arabia – a close US ally – to release the US citizens.

The crackdown is the first since the brutal murder of prominent journalist Jamal Khashoggi inside the Saudi consulate in Istanbul last October, which sparked unprecedented international scrutiny of the kingdom’s human rights record.

People close to the Saudi establishment have warned that public criticism by family members could prolong the activists’ detention.

At one emotionally charged court hearing, some women broke down as they accused interrogators of subjecting them to electric shocks, flogging and groping in detention, two people with access to the trial told AFP.

A Saudi prosecutor roundly rejected the accusation, witnesses said, reiterating the government’s stance. The government has said the detained women enjoy all rights afforded to them under Saudi law.

The women on trial were arrested last May and branded as traitors.

Five men arrested at the same time are not on trial. Rights groups say two of them have been released, but the status of the others is unclear.

Another US-Saudi national, Walid al-Fitaihi, has been imprisoned since 2017 under Riyadh’s anti-corruption campaign. His son told US senators last month al-Fitaihi had been tortured in detention, with the tactics including electric shocks and whipping.

Loujain al-Hathloul’s siblings, who have publicised her case in US media, say men describing themselves as “close to the state” had asked her parents to stop them from speaking out.

“We stayed silent for eight months. We thought that being silent would solve the issue,” her brother Walid al-Hathloul told CNN. 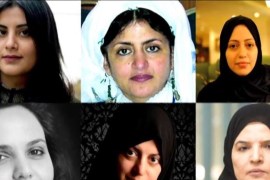 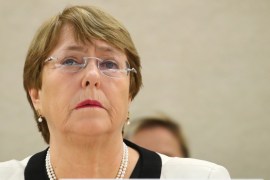