As India marks the 100th anniversary of the Amritsar massacre – one of the worst atrocities of colonial rule – on Saturday, the British envoy to India says his country regrets the killing but offered no apology.

The Jallianwala Bagh massacre, as it is known in India, saw British troops fire on thousands of unarmed people in Amritsar on April 13, 1919.

In a tweet on Saturday, Prime Minister Narendra Modi called the tragedy “horrific” and that the memory of those killed “inspires us to work even harder to build an India they would be proud of”.

Opposition leader Rahul Gandhi, in Amritsar on Saturday, on Twitter called the massacre “a day of infamy that stunned the entire world and changed the course of the Indian freedom struggle”.

At least 379 Indians were killed in the massacre, according to the official colonial-era record, although local residents have said in the past the toll is close to 1,000.

The massacre took place in the walled enclosure of Jallianwala Bagh, which is still pockmarked with bullet holes.

The incident became a symbol of colonial cruelty and for decades Indians have demanded an apology from the United Kingdom, including during Queen Elizabeth’s visit to Amritsar in 1997.

Hundreds of people, carrying the national flag, attended a candlelight march on Friday in memory of the victims before a commemoration ceremony later on Saturday.

The UK has made no official apology and Dominic Asquith, the high commissioner to India, on Saturday followed suit as he laid a wreath at the massacre site on Saturday.

“You might want to rewrite history, as the Queen said, but you can’t,” Asquith said.

“What you can do, as the Queen said, is to learn the lessons of history. I believe strongly we are. There is no question that we will always remember this. We will never forget what happened here.”

He said his country regrets “the suffering caused” and “the revulsion that we felt at the time is still strong today.”

Former British Prime Minister David Cameron described the killings as “deeply shameful” in a visit to the northern Indian city in 2013 but stopped short of an apology.

In 1997, Queen Elizabeth II laid a wreath at the site but her gaffe-prone husband Prince Philip stole the headlines by reportedly saying that Indian estimates for the death count were “vastly exaggerated”.

Earlier this week, British Prime Minister Theresa May told parliament that “the tragedy of Jallianwala Bagh in 1919 is a shameful scar on British Indian history”, but she also did not issue a formal apology.

There must be an unequivocal apology for the Amritsar massacre. #JallianwalaBagh pic.twitter.com/JxdaZ72OcV

Amarinder Singh, the chief minister of India’s Punjab state where the massacre site is located, said on Friday that May’s words were not enough.

He said “an unequivocal official apology” is needed for the “monumental barbarity”.

Thousands of unarmed men, women and children had gathered at the Jallianwala Bagh, a walled public garden in Amritsar, on the afternoon of April 13, 1919.

Many were angry about the recent extension of repressive measures and the arrest of two local leaders that had sparked violent protests three days before.

The 13th of April was also a big spring festival, and the crowd – estimated by some at 20,000 – included the pilgrims visiting the nearby Golden Temple sacred to Sikhs.

Brigadier General Reginald Edward Harry Dyer arrived with dozens of troops, sealed off the exit and without warning ordered the soldiers to open fire.

Many tried to escape by scaling the high walls surrounding the area. Others jumped into an open well at the site as the troops fired.

One of several witness accounts compiled by two historians in a new book with excerpts published in the Indian Express newspaper this week described the horror.

“Heaps of dead bodies lay there, some on their backs and some with their faces upturned. A number of them were poor innocent children. I shall never forget the sight,” said Ratan Devi, whose husband was killed.

“I was all alone the whole night in that solitary jungle. Nothing but the barking of dogs, or the braying of donkeys was audible. Amidst hundreds of corpses, I passed my night, crying and watching,” she said.

Dyer, dubbed “the butcher of Amritsar“, reportedly said later it was a necessary measure, and that the firing was “not to disperse the meeting but to punish the Indians for disobedience”. 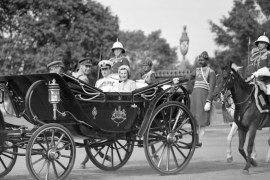 And lied about it. 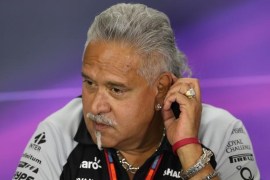 ‘Formal request’ made for extradition of Vijay Mallya to face trial for financial fraud and defaulting on loan payments. 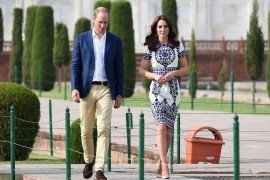 India to Britain: Kohinoor diamond belongs to you

Government tells top court that celebrated diamond was not stolen by former colonial rulers but instead was a gift.