Israel Prime Minister Benjamin Netanyahu was on course for a record fifth term after most votes from Tuesday’s parliamentary elections were counted, with Israel’s three main TV stations declaring him the winner.

Netanyahu and his main challenger Benny Gantz both claimed victory in the election.

With 97 percent of the votes counted, both Netanyahu’s Likud and Gantz’s centrist Blue and White Party won 35 seats apiece, according to the Knesset website and the Israeli TV channels. It would be a five-seat gain for Likud over the previous election in 2015.

Netanyahu was clearly in a strong position to form a coalition government with other right-wing factions that have backed him.

Addressing a jubilant gathering of supporters early on Wednesday, Netanyahu praised his supporters for an “almost inconceivable achievement”.

“I was very moved that the nation of Israel once again entrusted me for the fifth time, and with even greater trust,” said Netanyahu before vowing to establish a right-wing nationalist government.

Official results are expected to be announced early on Wednesday.

“We won! The Israeli public has had its say!” Gantz’s Blue and White party said in a statement prior to Netanyahu’s speech.

If Netanyahu wins, the 69-year-old will serve his fifth term in office, a record, and would become Israel’s longest-serving prime minister in the summer.

Al Jazeera’s senior political analyst Marwan Bishara said that based on all three exit polls, it is difficult to see how Gantz can form a government without Likud.

“He probably could depend on the eight Labor party seats, the five Meretz seats and that will get him something like 50 seats. He already said he will not go into a coalition with Arab parties, hence the best he can do is some 55 seats and that’s not a majority,” Bishara said.

“What is a bit more controversial is that here you have a leader who is accused of racism, corruption and being a crook, being potentially indicted on three corruption charges. He basically failed throughout the four terms in attaining peace or security for him or the people under occupation.”

Several smaller parties, including the ultranationalist New Right party and the Arab Balad list were on the cusp of securing the 3.25 percent of the vote required to enter parliament. The fate of the smaller parties could play a crucial role in deciding who ultimately becomes prime minister.

Early projections also showed turnout among Palestinian Israelis was especially low. An hour before voting closed, Arab turnout was at 46 percent, well below the 61 percent turnout nationwide. Overall Arab turnout in the 2015 election was 63 percent.

MK Ahmad Tibi, running as the second candidate on the Hadash-Ta’al list remarked on Twitter that the low voter turnout among Palestinian Israelis “constitutes a real danger to both lists”, a reference to the two separate Arab alliances running in the election.

“It’s a very serious blow to the Arab representation in the Knesset.”

Netanyahu responded saying there should be cameras everywhere to “ensure a fair vote”. They were subsequently removed.

A senior Palestinian official said that Israelis had voted “no to peace” after early projections showed its left-wing parties were badly defeated.

“Israelis have voted to preserve the status quo. They have said no to peace and yes to the occupation,” Saeb Erekat said in a statement. 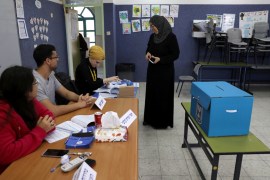 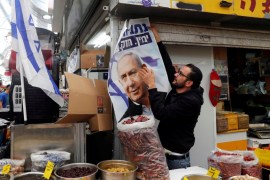 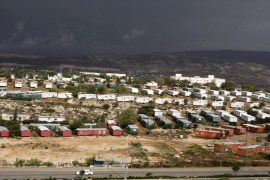