There has been no official statement from Turkey’s electoral board over the issue, but its head said on Monday that they were recounting votes that came from some of the polling stations in Istanbul.

In Ankara, preliminary results showed that Nation Alliance candidate Mansur Yavas had garnered 50.9 percent, with 99 percent of the votes counted. He was followed by Mehmet Ozhaseki, the People’s Alliance nominee, in the capital, with 47.2 percent.

In the third-largest city, Izmir, the Nation Alliance candidate Mustafa Tunc Soyer was in the lead with 58 percent. Nihat Zeybekci, the candidate for Erdogan’s bloc, had 38.5 percent. Ninety-nine percent of the votes have been counted.

Nationwide, with 99 percent of the provincial votes counted, the People’s Alliance, which is comprised of the AK Party and the far-right Nationalist Movement Party (MHP), had secured 51.7 percent of the votes.

It was followed by Nation Alliance, a coalition made up by the CHP and the right-wing Good Party, with 37.6 percent.

Murat Yetkin, a Turkish political analyst, told Al Jazeera that if “the Erdogan-led AK Party-MHP alliance loses Istanbul [along with Ankara] as well, that means loss of control over five major cities in Turkey.”

“The results also show that the executive presidential system, which was designed to avoid coalitions, has led to a de facto coalition since the AK Party cannot maintain majority without its symbiotic partnership with MHP.”

“To me, the results are a proof that the number of voters who want change is increasing,” he told Al Jazeera outside the party’s election monitoring office. 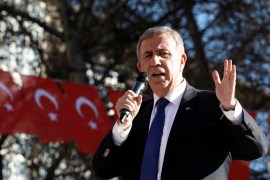 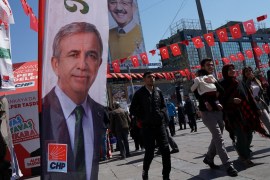 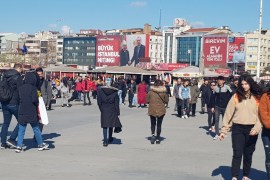 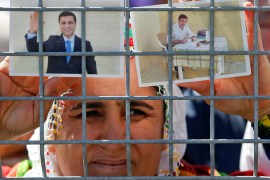 Turkish elections: Much at stake in Kurdish-majority southeast

Nearly 100 mayors from the pro-Kurdish HDP party have been removed from office and replaced by government trustees.