Sudan’s President Omar al-Bashir has ordered the release of all female protesters detained during nationwide demonstrations that have rocked his rule since December.

Al-Bashir made the announcement on Friday during a meeting with a group of people from eastern Sudan at his residence in Khartoum.

“I order Salah Gosh to release all women detainees,” al-Bashir said at the meeting, referring to the chief of the powerful National Intelligence and Security Service (NISS) that has led a sweeping crackdown on the protesters.

The media office at the presidency confirmed the move, which coincided with International Women’s Day.

Officials have not said how many women have been detained during the protests, but opposition activists say about 150 were in detention.

Hundreds of protesters, opposition leaders, activists and journalists have been detained since the rallies erupted on December 19 following a government decision to triple the price of bread.

The protests quickly mushroomed into nationwide demonstrations against al-Bashir’s rule, with crowds calling on the veteran leader to step down.

Al-Bashir has acknowledged that the protests were led by youths, the majority of them women.

Officials say 31 people have died in protest-related violence so far, while Human Rights Watch has put the death toll at 51.

Al-Bashir has imposed a slew of tough measures, including a year-long state of emergency across the country, to quell the protests after an initial crackdown failed to suppress the movement.

Earlier on Friday, protesters staged a demonstration in eastern Khartoum’s district of Burri but they were confronted by security forces with tear gas, witnesses said.

Security forces also fired tear gas at protesters who rallied outside a mosque in the twin city of Omdurman after Friday prayers, witnesses said. 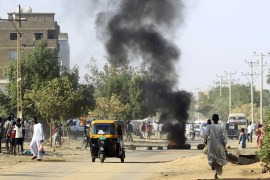 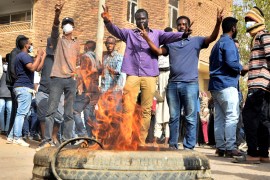 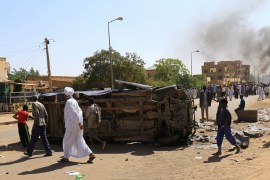 About 2,000 people gather in a Khartoum suburb where a man was killed for allegedly sheltering demonstrators.