Lebanon‘s Hezbollah movement has called for donations from its popular base because it says it is coming under financial pressure as a result of Western sanctions.

Hezbollah leader Hassan Nasrallah’s appeal on Friday came days after Britain announced on February 25 that it would seek to make membership of the Shia movement or inviting support for it a crime.

It also follows the United States ramping up sanctions against the group, with its latest raft of measures in November targeting Nasrallah’s son Jawad, among other individuals.

“The sanctions and terror lists are a form of warfare against the resistance and we must deal with them as such,” Nasrallah said in a televised speech.

“I announce today that we are in need of the support of our popular base,” Nasrallah added.

“It is the responsibility of the Lebanese resistance, its popular base, its milieu,” to confront these measures.

Hezbollah was established in 1982 during Lebanon’s civil war and is now a major political party in the country, holding three cabinet posts.

The movement has been designated a “terrorist organisation” by the US in 1997 and the group’s armed wing fights alongside the government of Syria‘s President Bashar al-Assad in the country’s civil war.

Commenting on Britain’s ban, he said: “More states will follow suit and put Hezbollah on terror lists and describe it as a terrorist group.”

Addressing his supporters, Nasrallah stressed that the “financial difficulties that we may face are a result of this (financial) war” and not because of any “administrative defect”.

“They won’t be able to impoverish or starve us,” he said. “Those who have supported us will continue to support us… be it states or our support base.”

Washington has targeted the party with tough sanctions, and the European Union blacklisted the group’s military arm in 2013.

Nasrallah said he expects US sanctions “to get tighter on us and our supporters”.

“We may see new names and new people, and new organisations added to the sanctions lists.” 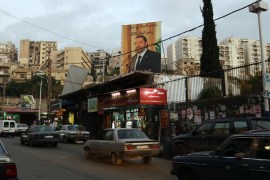 Coming to grips with the fear of war in Lebanon

Some in the country are stocking up on food supplies as tensions mount over resignation of Prime Minister Saad Hariri. 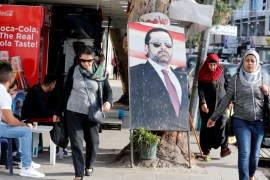 President wants to know what is preventing PM from returning to Beirut from Riyadh where he announced his resignation. 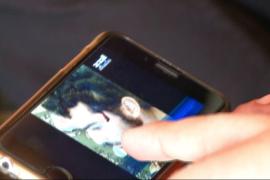 Lebanon has a long and complex relationship with refugees. Violence and hate-motivated crimes against Syrian refugees in Lebanon have risen sharply in recent months.