Tunis, Tunisia – Eight years after chants of “the people want the fall of the regime” swept across North Africa and the Middle East, echoes of the same demand are making waves again in parts of the Arab region.

In Sudan, “Tasqut bas” (Just fall) has been the rallying cry after protests against the spiralling costs of living  in December escalated into ongoing rallies calling for long-time President Omar al-Bashir to step down.

And in Algeria, hundreds of thousands of people have been shouting “No to Bouteflika” since late February after the country’s ailing president announced his bid to seek a fifth term at elections scheduled for April.

Bowing to the growing public pressure, Abdelaziz Bouteflika later dropped his plan to run again. But the 82-year-old also postponed the polls and has remained in office, angering protesters who have continued taking to the streets en masse calling not just for his departure but the banishment of the entire ruling elite.

Yet calls for political change are unlikely to to be on the agenda of this year’s Arab League summit taking place on Sunday in Tunis – much in the same way the regional body reacted to the so-called Arab Spring in 2011.

According to Abdelwahab el-Affendi, a professor of politics at the Doha Institute, the Arab Spring has carved out three main camps within the league: the dominant, pro-US governments of countries such as Egypt, Saudi Arabia, Bahrain and the United Arab Emirates, which saw the 2011 protests as a threat to stability; the pro-Iran bloc that includes Iraq, Syria and Lebanon’s Hezbollah movement; and those who have supported the changes brought about by the demonstrations, such as Tunisia and Qatar.

“Almost all the regimes are anti-Arab, not merely for being beholden to foreign interests, but for being so viscerally hostile to their own peoples – and thus to the real Arabs,” el-Affendi said.

As a result, it is improbable that the Tunis summit will discuss the ongoing protest movements in Sudan and Algeria, especially in the absence of the two countries’ presidents, added el-Affendi, “except to express solidarity with the regimes”.

Abdullah al-Arian, a professor of history at Georgetown University, agreed, noting that the Tunis summit came against a backdrop of serious divisions, ongoing wars – including the four-year Saudi-UAE-led military campaign against Houthi rebels in Yemen – and, in some countries, increasing repression.

“The combination of resurgent authoritarianism and destructive civil conflicts has ensured that the basic needs of populations across the region are being denied, largely due to the policies of the leaders meeting in Tunis,” he said.

“As some of the wealthiest Arab states continue to wage a brutal war on the poorest Arab country, Yemen, the [Arab League] has little credibility and has historically demonstrated that it is unlikely to take any serious action to address the region’s most immediate crises.”

First established in 1945 as a bulwark to Arab nationalism, the body has over the decades been criticised of becoming an ineffective collective dedicated to maintain the interests of the ruling elites over the legitimate concerns of the millions of people living within its boundaries.

The popular uprisings of 2011, once a major source of hope for millions of disaffected Arab populations seeking change after decades of autocratic rule, have largely given way to counter-revolutions – and in the case of Syria and Libya, to devastating wars.

Tunisia, the host of the 30th Arab League summit, remains the only “success story” from those days, as the removal of its long-serving ruler has resulted in a functional democracy.

Yet analysts said the Tunisia model was not something that leaders at the summit would be keen to emphasise.

For Sean Yom, assistant professor of political science at Temple University, the body’s summits represent nothing more than “a pageantry of attendees”.

“The Arab League exists because it has to exist – that is, it’s harder to dismantle a regional organisation than to create one,” he told Al Jazeera.

“It is a byproduct of an era where there was a collective threat (Israel), and when certain issues, such as pan-Arab unity and Palestinian justice, actually had mobilising power among Arab masses. None of this is true anymore,” he added.

“So if we define the Arab League by its imperative of fostering regional cohesion and resolving inter-Arab disputes, it has clearly failed.”

Earlier in March, Tunisian Foreign Minister Khamies Jhinaoui said the readmission of Syria, which was suspended from the body in 2011 in response to President Bashar al-Assad’s brutal crackdown on pro-democracy protesters, would be on the summit’s agenda.

However, a move last week by US President Donald Trump to officially recognise Israeli sovereignty over the Golan Heights, which Israel occupied from Syria in 1967, has overshadowed Damascus’s potential reinstatement.

Arab and international condemnation was swift following Trump’s announcement, but analysts expect nothing more than verbal denunciations in Tunis – in line with the Arab League’s past practices.

“The need to maintain a strong working relationship with the Trump administration is likely to take priority over any action,” al-Arian said.

Yom said that any official statement in Tunis condemning Trump’s decision would have “no credibility”.

“First, appeals to ‘international law’ will be laughable, given the ongoing interventions in Yemen and likely war crimes there, as well as the impotence of the Arab countries to halt the atrocities of Syria,” he said.

“Second, other elements of Israel’s aggressive posture under US support, such as the Jerusalem issue and its increasingly racist jingoism, are part-and-parcel of the Saudi-led front’s vision for a new regional order centred upon Riyadh.”

While the US has controversially recognised Jerusalem as Israel’s capital and moved its embassy there, Saudi Arabia, a main Washington ally, has thrown its weight behind Trump’s son-in-law Jared Kushner’s Middle East peace process, known as the so-called “deal of the century”.

The plan has not been made public, but there is much to suggest that an unofficial and official warming of relations between Arab Gulf states and Israel is now part of a new regional order.

In this context, Yom said, any initiative taken by the league to confront Israel would require pan-Arab cooperation, which is unlikely to happen in the current climate of geopolitical fragmentation.

Instead, the Arab League’s agenda is expected to stick to its usual talking points, such as giving lip service to the humanitarian crisis in Yemen without addressing the main aggressor, Saudi Arabia, and the influence of non-Arab countries in the region such as Iran and Turkey.

The summit will also discuss the conflict in neighbouring Libya, after UN Secretary General Antonio Guterres attended on Saturday a meeting of the Libyan Quartet – the  United Nations, African Union, Arab League and the European Union. No meaningful action, however, is expected.

For Yom, the Arab League can be useful at a marginal level.

“It allows delegations to speak to one another through sidebar meetings,” he said. “The Kuwaitis, for instance, will likely try yet again to convince the Saudi and Qatari camps to [engage in] dialogue.

“The Palestinians also use these summits to fan out to engage their Arab allies, although the Israeli-Saudi-Egyptian axis pushing the ‘deal of the century’ renders this a moot point.” 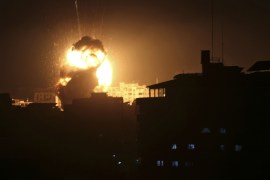 We challenge Israel’s ambassador to the UN and debate whether the Mueller report ends the collusion debate. 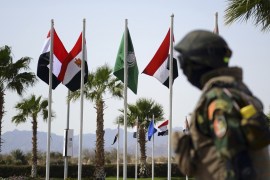 The meeting of leaders from the EU and the Arab League in Egypt’s Sharm el-Sheikh will likely be fruitless, experts say. 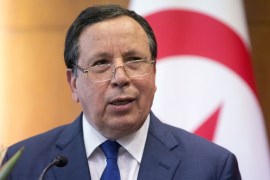 The Arab League suspended Syria’s membership in November 2011 as the death toll in the country’s civil war mounted.