Brazil‘s President Jair Bolsonaro began his visit to Israel on Sunday with a decision pending on fulfilling a promise to move his country’s embassy to Jerusalem, a policy change opposed by military officers in his cabinet.

The four-day visit by the far-right leader comes a week before Israel’s closely contested election in which the right-wing Prime Minister Benjamin Netanyahu is battling a popular centrist candidate and corruption allegations, which he denies.

“I love Israel,” Bolsonaro said in Hebrew at a welcoming ceremony, with Netanyahu at his side at Tel Aviv’s Ben-Gurion airport.

Netanyahu said he and Bolsonaro would sign “many agreements”, including security deals, and that the Brazilian leader would visit Judaism’s holy Western Wall at the Al Aqsa Mosque compound.

Earlier this month, a Brazilian government official told Reuters news agency no decision had been made on the embassy move, but “something will have to be said about the embassy during the trip”.

The official, who spoke on condition of anonymity, added that a formal announcement might not come during the visit.

Visiting Brazil for the January 1 presidential inauguration, Netanyahu said Bolsonaro had told him that moving the Brazilian embassy in Israel to Jerusalem from Tel Aviv was a matter of “when, not if”.

Like Netanyahu, Bolsonaro is an outspoken admirer of United States President Donald Trump, who moved the US embassy to Jerusalem last May, five months after breaking with international consensus and recognising the city as Israel’s capital.

Bolsonaro also enjoys strong evangelical support at home. Netanyahu has courted US evangelical leaders during his current decade in power.

But in an interview in February, Brazilian Vice President Hamilton Mourao, a retired army general, told Reuters that moving the embassy was a bad idea because it would hurt Brazil’s exports to Arab countries, including an estimated $5bn in sales of halal food.

Bolsonaro‘s economic team and the country’s powerful farm lobby have advised against relocating the embassy to Jerusalem. 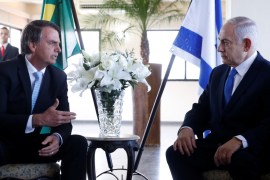 Israeli leader claims Brazilian president told him that embassy relocation from Tel Aviv is a matter of ‘when, not if’. 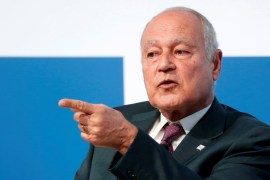 Arab League warns Brazil not to move embassy to Jerusalem 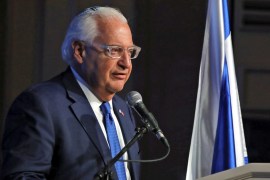 This move could suggest placing the Palestinian Authority under Israel’s jurisdiction.