Gaza – At a medical clinic in Gaza, with a pair of crutches beside him, 22-year-old Imad Hassan Khalifa recalled the reasons he started taking part in the weekly Great March of Return protests along the Israeli fence last year.

“I participated in all of the demonstrations,” he said. “Life, economic conditions and a state of frustration have driven me, along with many youths, to go regardless of the outcomes. I was shot in my legs with explosive bullets.”

Khalifa said that after he was wounded at a protest in October, he travelled to Egypt for treatment but was told by a doctor there that it would be a lengthy process.

Now, he visits a clinic run by Doctors Without Borders (MSF) in Gaza for physiotherapy and to have the dressings on his wounds changed.

“The clinic has become a forum for us, wounded people. We always console each other as we share the suffering and wounds. We always sit laughing and exchanging jokes mocking our fates, while waiting for our turn to receive treatment.”

As Palestinians mark a year of weekly demonstrations on Saturday, dubbed the Great March of Return, medical groups operating in the coastal enclave have expressed concern over the thousands of people who have been wounded.

The protests began as a grassroots campaign, calling for the rights of refugees and their descendants to return to the homes and lands from which they were violently expelled in 1948.

MSF said Gaza had been “completely abandoned” over the past 12 months of rallies and that “the more than 6,500 people shot by Israeli forces during the protests have been largely left to their fate”.

According to the medical charity, the vast majority of those injured had suffered leg wounds.

“These are not simple wounds that can be easily stitched up. Huge chunks of legs have been blown out and the bones within shattered,” the group said.

At the moment, Gaza does not have the capacity to treat all of its patients.

“We have a situation where the health system is overwhelmed, although MSF is doing all it can, we also won’t be able to treat all those patients,” MSF field coordinator Carla Melki said.

Before the anniversary of the Great March of Return protests, MSF said its teams were gearing up for a “state of emergency”.

“We’re increasing our bed capacity,” Melki said. “We are preparing for the worst scenario, as everybody thinks [like this] in Gaza.”

According to health officials in Gaza, more than 250 Palestinians have been killed since the start of the protests.

Human rights groups have accused Israel of excessive and unlawful use of force against unarmed protesters.

About 80 percent of the Gaza population is dependent on humanitarian assistance, while the strip experiences regular power outages and high unemployment. It has been dubbed as the world’s largest open-air prison, with Palestinians needing Israeli army permits to enter and exit the enclave. 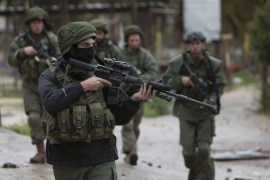 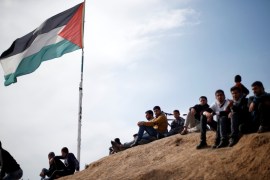 Have protesters in Gaza achieved their goal?

At least 250 Palestinians have been killed and thousands of others wounded in a year of protests. 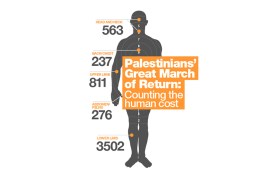 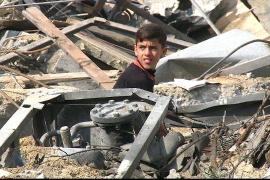 The problems making Palestinians’ lives hard in the besieged territory.