Germany has extended a ban on arms exports to Saudi Arabia for another six months, a government spokesman said.

The ban, imposed after the killing of Saudi journalist Jamal Khashoggi, has been criticised by European allies since it put a question mark over billions of euros of military orders, including a 10 billion pound ($13.27bn) deal to sell 48 Eurofighter Typhoon jets to Riyadh that would be led by Britain’s BAE Systems.

“The ban will be extended for a further six months to September 30,” read an e-mailed statement by government spokesman Steffen Seibert on Thursday. “Over this period no new export applications will be approved.”

In October, Germany imposed a unilateral halt on weapons export to Saudi Arabia after the Washington Post columnist critical of Riyadh was killed by a Saudi hit team in the kingdom’s consulate in Istanbul.

The German coalition government in Berlin has been under mounting pressure from Britain and France to lift the ban. They say it prevents them from selling jointly developed equipment with German components to Saudi Arabia.

In an attempt to assuage French and British partners’ concerns, the government agreed on Thursday to extend for nine months export licences that had already been granted, provided the companies undertook not to deliver any finished weapon systems until the end of the year.

This provision frees companies of the obligation to enter the costly and time-consuming process of applying for a new licence.

The government also said it would find ways of helping the privately-owned Peene shipyard in Germany, which has been prevented by the export ban from completing and delivering coastguard ships it has built for Saudi Arabia. Among the options was for Germany to buy the vessels.

The issue of the embargo has divided Germany’s ruling coalition, with Heiko Maas’s Social Democrats – junior partners to Chancellor Angela Merkel‘s conservatives – reluctant to alienate voters who are generally sceptical about arms sales and military spending.

Germany accounts for just under two percent of the total Saudi arms imports. But its role in making components for other countries’ exports means that Berlin can still derail lucrative European projects.

The move has held up shipments of Meteor air-to-air missiles to Saudi Arabia by MBDA, which is jointly owned by Airbus, BAE Systems and Italy’s Leonardo, since the missiles’ propulsion system and warheads are built in Germany.

Germany also called on France and Britain to ensure that any weapons systems delivered to Saudi Arabia or the United Arab Emirates would not be deployed in Yemen, which has has been devastated by four years of bombings by Saudi-UAE coalition.

Germany had extended earlier this year the embargo, which was due to expire on March 9, to give the government time to evaluate Saudi Arabia’s military involvement in Yemen’s war.

There are no concrete casualty statistics for the war in Yemen. In 2017, a United Nations official said 10,000 civilians had been killed, though rights groups say the death toll could be five times that, due to fighting, starvation and disease. Millions are on the brink of starvation.

Rights groups have criticised the coalition for air raids that have killed thousands of civilians at hospitals, schools and markets, and urged Western governments to halt arms exports to Saudi Arabia and its allies in the stalemated conflict. 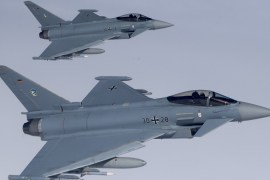 Berlin extends until end of March a ban on weapons exports to Riyadh, citing concern over kingdom’s role in Yemen’s war. 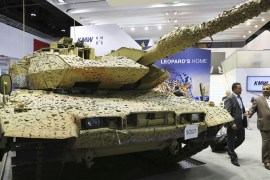 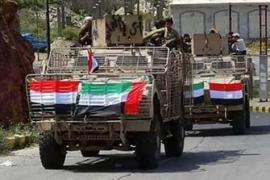 CNN says Saudi Arabia and UAE transferred US-made weapons to militias designated by the US as terrorist groups.