A Pakistani man, who died trying to tackle the New Zealand mosques attacker, will be honoured posthumously with a national award, Prime Minister Imran Khan has said.

Naeem Rashid, 49, was among nine Pakistanis killed in the attacks on two mosques in Christchurch on Friday.

“Pakistan is proud of Mian Naeem Rashid who was martyred trying to tackle the white supremacist terrorist and his courage will be recognised with a national award,” Khan wrote on Twitter on Sunday, while extending support to the families of the Pakistani victims.

Rashid, originally from Abbottabad in Pakistan, was “badly wounded” in the attack on the Al Noor mosque after he tried “overpowering the shooter”, the Ministry of Overseas Pakistanis said in a series of Twitter posts.

He was rushed to the hospital but died “due to indiscriminate firing”, the ministry added.

Hero Christchurch mosque victim who wrestled with the gunman, Naeem Rashid from Abottabad, Pakistan. His son Talha was also killed in the attack.

Mohammad Faisal, a spokesman for the ministry, said the father and son will be buried in Christchurch and arrangements for the burial are in place.

It was the deadliest mass shooting in the country’s modern history.

‘He will be our hero’

Rashid moved from Pakistan to New Zealand to work as a teacher in Christchurch. His son was a civil engineering graduate.

“My son and my husband are heroes,” Ambreen, Rashid’s wife said.

“This is the mosque they always went to. I still can’t understand or believe why and how this happened. But, I know that my husband is a hero. He always helped people and even in his last moments, he did what he could to help others,” she told Khaleej Times.

Describing Rashid as a kind and humble man, Khan said family members were calling from around the world to say “he will be our hero”.

Rashid’s mother in Abbottabad appealed for urgent support to be able to travel to New Zealand.

“It is my request to provide urgent facilities to my mother to travel to New Zealand. My sister-in-law is alone there,” Rashid’s brother told local media. 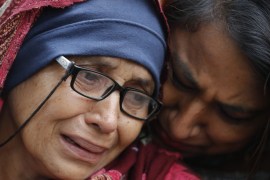 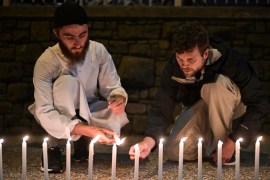