London, United Kingdom – With just over two weeks until the United Kingdom is due to leave the European Union, the British parliament is heading for a key vote on the Brexit deal.

MPs will cast a second “meaningful vote” on Tuesday at around 19:00 GMT after Prime Minister Theresa May made a last-minute trip to Strasbourg on Monday for talks with European Commission President Jean-Claude Juncker.

After weeks of impasse, the two leaders announced late in the evening that an agreement had been reached around the nature of the so-called backstop, the “insurance policy” protocol of the withdrawal agreement designed to keep an open border in the island of Ireland.

May had been tasked by Parliament to renegotiate it after MPs overwhelmingly rejected her deal by a margin of 230 last January.

The deadlock had made the prospect of a no-deal Brexit more likely, raising concerns there would have serious consequences for the British economy and people, and to a lesser extent the EU.

May said on Monday evening that she had achieved the “legally-binding” changes to the backstop she had been seeking to quell the concerns of hardline Conservatives and the Democratic Unionist Party (DUP) – the PM’s ally in Northern Ireland.

They have argued that the backstop would tie the UK to EU’s trade rules indefinitely and are opposed to Northern Ireland being treated differently from the rest of the UK.

It remains to be seen whether the changes announced will reassure those MPs, who had wanted to see either a time limit on the backstop, or a unilateral exit clause for the UK.

The question with delaying Brexit, says Alex Stojanovic of the Institute for Government in London, is for how long – and if the new deadline will be before or after the EU Parliament elections ‪on May 23-26.‬

“A short delay might signal simply time to prepare for no deal. Of course there could be another vote on the deal within that time, and that could be really the last chance to pass it,” Stojanovic told Al Jazeera.

“Or there could be a much longer delay, which would boost the campaign for another referendum and could cause big issues for Brexiteers in the [Conservative] Party.”

What are the changes?

The changes agreed on Monday came in the form of two documents.

The first is a “joint legally-binding instrument” that May said would allow the UK to complain to an independent arbitrator if the EU tries to “trap it” in the backstop.

The second is an addendum to the political declaration – the part of the deal that sets out the basis for the two parties’ future relationship – in which the UK and the EU commit to finding alternative arrangements to the backstop by December 2020.

“It is the intention of both sides that the insurance policy should never be used,” May reiterated at a press conference after the meeting.

“Now is the time to come together to back this improved Brexit deal and deliver on the instruction of the British people,” she said.

Juncker warned that there would be “no third chance” for the MPs voting on Wednesday.

“Let’s be crystal clear about the choice: it is this deal or Brexit might not happen at all,” he said.

But some Conservative and opposition MPs have already voiced criticism of the new agreement, while the Attorney General, Geoffrey Cox, issued his advice on Tuesday morning, saying that the legal risk the UK could get stuck in the backstop remained.

While sterling reacted positively to Monday’s development, rising more than one percent against the dollar, it fell sharply after Cox’s advice was announced.

There have been calls for the vote to be delayed by 24 hours to give MPs enough time to go through the new document, but the government appears intent on going ahead.

“Since her Brexit deal was so overwhelmingly rejected, the prime minister has recklessly run down the clock, failed to effectively negotiate with the EU and refused to find common ground for a deal Parliament could support,” said Labour leader Jeremy Corbyn.

“That’s why MPs must reject this deal tomorrow.”

Keir Starmer, Labour’s shadow Brexit secretary, dismissed the amendments to the agreement May secured, saying they do not change anything.

Labour now supports a second referendum, but Corbyn is not expected to move in that direction during this week’s votes. However, individual MPs might do so.

Should the second meaningful vote end in another defeat, May has promised to hold two more votes in the following days on avoiding a no-deal Brexit, and delaying the UK’s departure.

Few observers expect May to win the vote tonight, but if she loses by a small margin, she may try for a third vote. 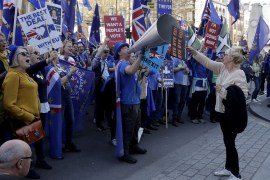 Brexit: What is happening and will there be a second referendum?

There are 25 days until the UK is expected to quit the EU, but it appears unlikely the divorce will take place on time. 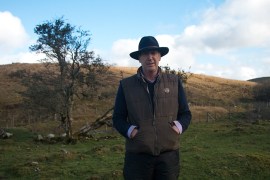 ‘This will be a wasteland’: Northern Irish farmers fear Brexit

No-deal scenario would disrupt seamless flow of goods and services between Northern Ireland and Republic of Ireland. 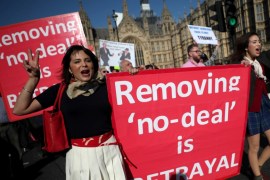