China, Ethiopia and Indonesia have grounded all Boeing 737 MAX 8 aircraft while a number of airlines across the world are carrying out safety measures on the jets following the Ethiopian Airlines crash on Sunday that killed all 157 people on board.

On Monday, China ordered its domestic airlines to suspend the commercial operation of nearly 100 of the jets in question. Ethiopian Airlines followed China’s announcement by grounding all of its Boeing 737 Max 8 aircraft as well, according to a spokesperson.

The crash, that took place just outside Ethiopia’s capital Addis Ababa, comes just months after another deadly accident involving the same model in Indonesia when a Lion Air flight crashed after take-off from Jakarta in October, killing all 189 people on board.

It said operation of the model will only resume after “confirming the relevant measures to effectively ensure flight safety,” the administration said in a statement.

“Given that two accidents both involved newly delivered Boeing 737-8 planes and happened during take-off phase, they have some degree of similarity,” it said, adding the order was in line with its principle of zero-tolerance on safety hazards. The 737 MAX 8 is sometimes referred to as the 737-8.

Chinese airlines have 96 737 MAX jets in service, the state company regulator said on Weibo. The aviation authority will contact the US Federal Aviation Administration and Boeing for consultation, it said.

Chinese aviation data firm Variflight said at least 29 international and domestic flights on Monday were cancelled and that airlines swapped out the plane on 256 other flights that had been scheduled to use it.

Caijing, a Chinese state-run news outlet that covers finance and economics, said many flights scheduled to use 737 MAX planes would instead use the 737-800 models.

Cayman Airways said it had grounded both of its new 737 MAX 8 jets until it got more information.

On Monday, Ethiopian Airlines’ spokesperson Asrat Begashaw said although it was not yet known what caused the crash, the airline decided to ground its remaining four 737 Max 8 planes until further notice as “an extra safety precaution”.

Later on Monday, Indonesia decided to ground all Boeing 737 MAX 8 planes, according to its transportation Ministry.

South Korea was also conducting an emergency safety inspection on two Boeing 737 MAX 8 aircraft, according to its transport ministry.

India‘s aviation watchdog DGCA is likely to speak to Boeing and local airlines Jet Airways and SpiceJet about the use of the aircraft, NDTV reported citing a senior official.

Boeing representatives did not immediately respond. The company tweeted that it was “deeply saddened to learn of the passing of the passengers and crew” on the Ethiopian Airlines plane.

“A Boeing technical team will be travelling to the crash site to provide technical assistance under the direction of the Ethiopia Accident Investigation Bureau and U.S. National Transportation Safety Board,” a statement on Boeing’s website read.

China is an important market for the US aircraft company, accounting for about one-fifth of worldwide deliveries of Boeing 737 MAX models.

The company has delivered 76 Boeing 737 MAX aircraft to Chinese airlines, which have ordered another 104, according to data from the aircraft maker’s website updated in January.

“Part of the 737 MAX is actually completed here in China,” he said. “China is where the seats are fitted, the final cosmetic work is carried out before the aircraft actually goes into the air.

“China is the world’s fastest growing aviation sector and by 2030, it’s estimated that it will become the world’s largest aviation market.”

Meanwhile, a US official, speaking on condition of anonymity because of the sensitivity of the matter, said there were no plans to follow suit given the 737 MAX had a stellar safety record in the United States and there was a lack of information about the cause of the Ethiopian crash. 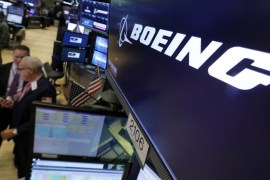 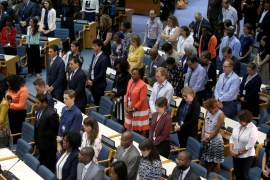 Many of the UN staff killed in Ethiopia Airlines crash were travelling to the UNEP assembly in Kenya’s capital. 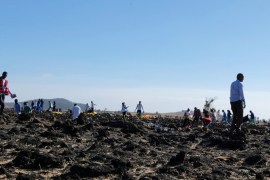 Outpouring of sadness as politicians, diplomats and social media users pay respect to victims from 35 nationalities.