Israel’s attorney general said he intends to indict Prime Minister Benjamin Netanyahu in one case of bribery and two cases of fraud and breach of trust.

Netanyahu responded in a televised address on Thursday saying the corruption charges against him will collapse “like a house of cards”.

He said intends to continue as prime minister “for many more years”.

The long-awaited announcement marks the first time a sitting Israeli prime minister has been put on official notice of planned prosecution and deepens uncertainty over his prospects in a tight election race.

Attorney General Avichai Mandelblit said in a statement he intends to charge the Israeli leader pending a hearing, where Netanyahu would be given a chance to defend himself before charges are filed.

The required hearing will likely be after the April 9 election.

The prime minister on Thursday called the allegations a polically motivated “witch hunt” to hurt his re-election prospects.

Netanyahu is facing a tough challenge from a centrist political alliance headed by a respected former military chief of staff, Benny Gantz.

Allegations against Netanyahu include seeking a secret deal with the publisher of Israel’s top-selling newspaper Yediot Aharonot to ensure positive coverage in return for pushing forward a law that would have limited the circulation of a rival publication.

Another probe involves suspicions the premier and his family received luxury presents from wealthy individuals in exchange for financial or personal favours.

Netanyahu, who is seeking a fourth consecutive term, denies any wrongdoing and in January said he would not resign even if indicted.

Al Jazeera’s Bernard Smith, reporting from West Jerusalem, said the investigation into the case has been going on for three years.

“There were 20 senior justice ministry officials going through thousands of pages of evidence. They have taken a 140 witness statements and five of those witnesses are either current or former cabinet ministers,” he said.

“Unilateral publication of the attorney general’s announcement just a month before the elections, without giving the prime minister an opportunity to refute these false accusations, is a blatant and unprecedented intervention in the elections,” Likud said in a statement.

“Like President Trump, Netanyahu and his allies claim that there is a conspiracy by the left, by the liberals against him to steal away the elections. He says that none of this is justified,” he said.

“However, in Israel, not only those who are on the centre and the centre left want a piece of Netanyahu, but also those on the right, even some from within his party,” Bishara said.

“That’s why a few days ago Netanyahu was warning against one of his former aides Gideon Saar, who came the third in the Likud primaries so there will be some competition from within as well as outside the party.”

Benjamin Netanyahu is facing pressure from three corruption cases, as well as a new political challenger, as his Likud Party gears up for the upcoming parliamentary elections. 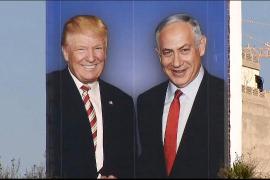 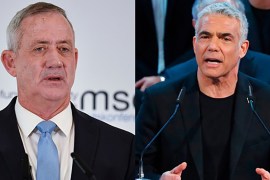 Enmeshed in three graft cases, the Israeli PM denies any wrongdoing and will seek a new mandate in April polls. 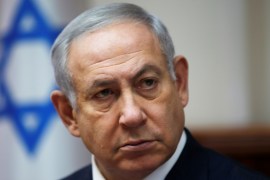