Athens, Greece – Turkey chose the day of the Greek prime minister’s visit to the country to place $6.1m in bounties on the capture of eight Turkish army officers seeking asylum in Greece.

Just days earlier, the National Security Council in Ankara issued a demand for their extradition despite Greece’s Supreme Court forbidding it on humanitarian grounds.

The court’s decision is unreviewable. But Turkey accuses the men of helping to plot a failed coup against President Recep Tayyip Erdogan in July 2016 before commandeering a helicopter to flee to Greece.

To the conservative Greek opposition, Prime Minister Alexis Tsipras walked into a trap when he went to Ankara.

“This visit is poorly prepared by the Greek side, and augurs ill for Greek interests and Greek-Turkish relations,” said Greek Shadow Foreign Minister Yiorgos Koumoutsakos.

‘A state of constant confrontation’

Over the past two years, Greece has registered record numbers of territorial and airspace violations by Turkey in the Aegean.

“For the last 18 months, Turkey has toughened its rhetoric and backed that up with actions,” said Angelos Syrigos, an expert in international law at Panteion University in Athens.

“The result is that the two countries are in a state of constant confrontation. Nothing has happened to make us believe in a breakthrough,” added Syrigos, who is also a conservative New Democracy party candidate for an Athens seat in the upcoming elections.

According to a retired Greek diplomat, Tsipras decided to take on the political cost of an embarrassing visit to Ankara to establish a line of communication with Erdogan amid worsening relations.

Erdogan’s visit to Athens in 2017 remains a watershed moment in Greek-Turkish relations. Billed as a breakthrough, the first visit to Greece by a Turkish head of state in 65 years ended up having some unpleasant surprises in store.

In addition to demanding the extradition of the Turkish officers, Erdogan spoke of a need to amend the Lausanne Treaty of 1923, something the Greek government is not willing to do.

The treaty not only delineated the Turkish state, it also normalised Greek-Turkish relations after a century of war. The call to revisit it suggested a Turkish desire for broader revisionism of the Greek-Turkish status quo.

As a signatory to the International Law of the Sea, Greece claims the right to extend its territorial waters to 12 nautical miles but has not done so yet.

Because Greece owns thousands of islands, extending its territorial waters would give it possession of almost three-quarters of the Aegean. Turkey has threatened to go to war if that happens.

Last October, outgoing Greek Foreign Minister Nikos Kotzias announced imminent plans to move down this path by extending Greece’s territorial waters along its mainland coasts and Crete. The move left out the most contested area of Aegean islands. But the intent was clear.

“Our foreign policy… is addressing and implementing the expansion of our sovereign territory for the first time since the absorption of the Dodecanese islands,” said Kotzias, referring to Greece’s formal inclusion in 1948 of the last territory neighbouring Greece with a Greek population.

“The most important thing for Turkey is the Aegean,” said Kostas Yfantis, an international relations expert at Kadir Has and Panteion Universities.

Hydrocarbons and the continental shelf

Greece and Turkey are also in a spat over the delineation of their continental shelf, an area beyond territorial waters where states enjoy the right to exploit undersea resources.

Turkey is now threatening to explore for hydrocarbons in areas Greece claims as its own continental shelf.

Syrigos believes hydrocarbons have been at the root of the disagreements all along.

“The potential for oil under the Aegean in the 1970s led Turkey to dispute the continental shelf of the Aegean and following that, almost all the entire legal regime of the Aegean,” said Syrigos.

Such Turkish disputativeness and Greek defiance nearly led to war in 1996 when Greece and Turkey sent warships and helicopters to the Imia islets in the eastern Aegean.

Three years later, massive earthquakes rocked Istanbul and Athens within months of each other. The two governments sent search-and-rescue teams to each other’s aid, and the atmosphere between them improved dramatically.

In December 1999, Greece lifted its long-standing veto on Turkish membership talks with the European Union, and the two countries started exploratory talks that came close to resolving their territorial differences in the Aegean.

But Greece then hesitated to commit to a deal and Turkey abandoned the talks altogether 18 months ago, the relationship sweetened only to become bitter again.

“In our view, the correct policy is not to say ‘we won’t extend our territorial waters because we’re in the middle of a negotiation with Turkey about the continental shelf’, nor to wait until that negotiation is over, because we’re then depriving ourselves of a right.”

Despite both countries’ need to re-establish a bilateral forum to discuss differences, expectations in that regard are kept to a low pitch. 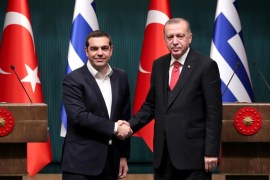 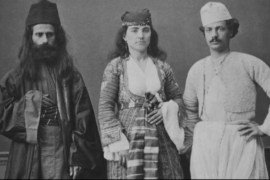 The Great Population Exchange between Turkey and Greece

The lasting legacy of the population exchange between Greece and Turkey after the fall of the Ottoman Empire.