Turkish President Recep Tayyip Erdogan says he has not yet seen an acceptable plan for the creation of a “safe zone” in northeastern Syria, three weeks after US President Donald Trump suggested the move.

“There is no satisfactory plan that is put before us concretely yet,” Erdogan told a parliamentary meeting of his AK Party on Tuesday.

“Of course, we are loyal to our agreements, our promise is a promise. But our patience is not limitless.”

Trump proposed setting up a “safe zone” for Kurds after announcing he was pulling out all 2,000 US troops in northern Syria.

The US decision to withdraw from Syria came as Turkey made preparations for an offensive against the Washington-backed Syrian-Kurdish YPG militia in the northern town of Manbij.

Erdogan backed the move following a phone call with Trump in January. He said the 32km-deep zone was to be created inside Syria along the length of the country’s border with Turkey.

But Turkey will not allow the YPG, which Ankara considers a “terrorist” group, to shelter in the planned Syrian zone, he said.

The YPG, which spearheads the Syrian Democratic Forces (SDF), played a key role in driving out the Islamic State of Iraq and the Levant (ISIL, also known as ISIS) from large swaths of northern Syria.

The United States has demanded Turkey assure safety for its allied Kurdish fighters, with Trump threatening to “devastate Turkey economically” if Ankara attacked the YPG when US troops withdrew.

Erdogan, who has welcomed the planned withdrawal, said on Tuesday that if “terrorists” are not removed from Manbij in a few weeks, Turkey’s willingness to wait will come to an end.

The Turkish leader has previously said Ankara has the capacity to create the zones on its own, but will not exclude the US and Russia if they wanted to cooperate.

Turkey’s allies must help set up the zones within a few months, or “we will definitely form this safe or buffer zone ourselves”, Erdogan said in January. “Our only expectation from our allies is that they provide logistical support to Turkey’s effort.”

Meanwhile, the SDF has said it was ready to help create the safe zone, saying such a zone must have “international guarantees … that would prevent foreign intervention”.

The safe zone will be an issue at a meeting on Wednesday in the US of ministers from a coalition of countries fighting ISIL. Turkey’s Foreign Minister Mevlut Cavusoglu will attend those talks. 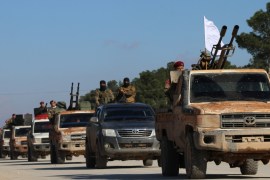 Syria safe zone: ‘A long-term problem rather than a solution’

While talks on safe zones for Syrian refugees continue, there is no clear plan on who will govern them and how. 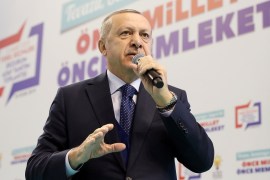 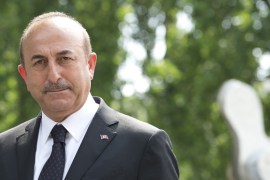