Two more people have been killed in a landslide in Peru, bringing to at least 50 the number of people who have died since the rainy season started in September, according to the Centre for National Emergency Operations.

The landslide was triggered by torrential rain in the city of Huancavelica, where hospitals and schools have been inundated, and severe flooding has blocked roads and damaged bridges, the centre said.

Thousands of families have been affected by the flood waters, with many calling on the government to do more to alleviate the situation.

The National Institute of Civil Defence and the Navy have sent more than 723 tonnes of humanitarian aid, equipment and heavy machinery to the northwestern port of Paita, which has seen some of the worst floods.

However, some residents are calling for new bridges over ravines and gorges, places which have been flooded for weeks.

The rains in Peru have been particularly active this year, thanks to the conditions in the Pacific, which have been borderline El Nino for months.

El Nino is the slight warming of the waters of the Pacific Ocean, which can have a dramatic effect on the weather around the world.

This year, South America has been particularly hit badly, with northern Argentina receiving some of the worst floods in decades.

The US agency NOAA announced the arrival of El Nino on February 14, but Australia’s Bureau of Meteorology, which has slightly different criteria, believes the waters are neutral albeit with “some recent warming observed”.

Clearly, the warming is only marginal, but it appears it has been significant enough to produce unrelenting rain across much of Peru.

Peru’s National Study of the El Nino Phenomenon released an official report on February 22 indicating March could see even more “rainy and very rainy days”. This would cause further damage to Peru’s northern and central coasts. 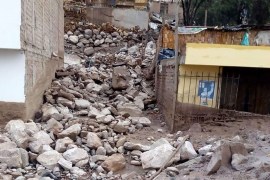 Flooding, landslides kill at least eight in Peru and Chile

Downpours typical of El Nino continue to cause destruction in South America. 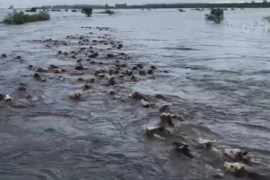 Since the beginning of the year, the area has received about five times the long-term expected average rainfall. 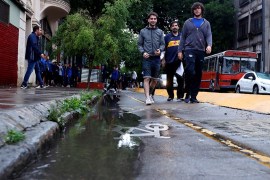 The natural phenomenon, which occurs between November and March, has triggered severe weather in South America.