The northeasterly bora wind is a cold, dry wind which blows down from the mountains on the eastern side of the Adriatic Sea.

Land, air and sea traffic were disrupted and several small wind-driven fires erupted on the central Dalmatian coast. One firefighter was slightly injured while tackling a blaze.

Croatia’s weather bureau said that wind speeds in the region of the Adriatic port of Split reached 177 kilometres/hour (breaking the previous record) overnight, with gusts up to 191km/h recorded in the port town of Makarska. There were no reports of major injuries.

The areas most affected included the coastal cities of Split and Dubrovnik (winds touched 158km/h), where firefighters worked all day to clean up the debris from falling trees, overturned vehicles, and wind-swept roof tiles.

More than a dozen utility poles were knocked down, with some roads in Split closed off for fear of flying glass, tree branches, and other flying debris.

The strong wind is expected to ease by the end of Sunday. 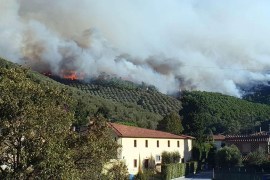 Wildfires cause evacuations in Croatia and Italy 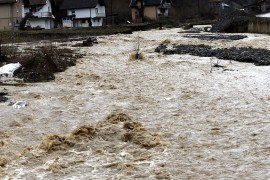 State of emergency declared in Bosnia after heavy flooding

Bridge collapses in Sarajevo after melting snow and rain caused flooding and damage to roads. 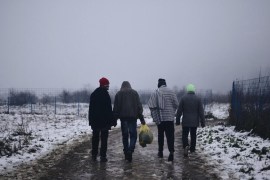 Doctors in Bosnia warn of respiratory infections and hypothermia, while migrants accuse Croatian police of assault.