Correction26 Feb 2019
A previous version of this article mistakenly misstated the Palestinian President’s first name it is Mahmoud, not Mohammed.

Jared Kushner, US President Donald Trump‘s son-in-law and White House senior adviser, is on his way to the Middle East to promote the economic portion of a long-awaited US plan for peace between Israel and the Palestinians.

Kushner, 38, left the US for a five-nation tour late on Saturday, according to White House officials.

During their week-long trip, the White House team will gauge the level of support for the economic part of Trump’s “deal of the century“, the Reuters news agency reported earlier in February.

Seeking regional support for the economic plan, expected to include international funding proposals for the impoverished Gaza Strip, is a step on the way to the eventual unveiling of Trump’s sweeping proposals to resolve the Israeli-Palestinian conflict.

They will not brief Arab diplomats on the political component of the proposed deal, which covers all core issues of the decades-old conflict, Reuters reported.

Despite working on the plan for close to two years, Kushner has yet to release any details and has delayed its release repeatedly.

The Palestinians have pre-emptively rejected the plan, with President Mahmoud Abbas saying he will not negotiate with the United States in the wake of Trump’s controversial decision to recognise Jerusalem as the capital of Israel in December 2017.

Netanyahu said Kushner briefed participants at a security conference in Poland about the anticipated plan but would not go into details for fear of it leaking.

Netanyahu said he heard nothing new from Kushner besides a reference to a 2002 Saudi Peace Initiative, which offered full Arab recognition of Israel in return for a withdrawal from territories it captured in the 1967 Middle East war. Netanyahu said Kushner said the plan may have made sense at the time but was no longer relevant.

“It is not appropriate for today. The reality has changed,” Netanyahu said.

He wouldn’t comment on any concessions Israel would have to make under any US-backed proposal. 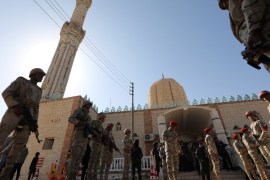 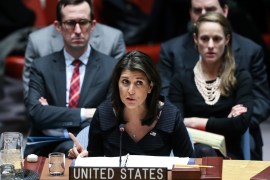