A BBC children’s channel is under fire in the United Kingdom and on social media after critics said that its upcoming show, Living With the Lams, is “regressive” and perpetuates “racial stereotypes”.

South China Morning Post reported on Wednesday that people who have seen the scripts for two episodes of the show claimed that it is riddled with “racist cliches” and uses terms like “chongers”.

The show is about a British Chinese family that runs a restaurant in Manchester. The father of the family in the show reportedly plays in a band called Wok and Roll, while the grandmother is shown eating fortune cookies all day, according to people who have seen the scripts.

The group added that after complaints were raised about the show and its content, the initial response by producers “is patronising” and demonstrates “a colonial mindset that needs to be dismantled”.

BEATS said that the producers’ decision to create the 10-episode show, without substantive input from East Asian writers, “proves yet again that people of colour are measured against different standards and subjected to systemic discriminatory practices.”

“We want any story with British East Asian leading characters to succeed. But not at the expense of perpetuating orientalist and regressively racialised tropes,” the group said, adding that it is even more crucial because it is a children’s show.

In a statement, the producers responded that the complaint sent by BEATS contains “inaccuracies”.

The producers “are committed to hiring a diverse group of writers, including Chinese and East Asian talent, and continuing to work with the East Asian communities to make sure the stories in ‘Living with the Lams’ are authentically and sensitively told”, a spokesperson of Twenty Twenty Television said in a statement to Al Jazeera.

Since the complaint was first published, BEATS also announced that the head of CBBC, Cheryl Taylor, has agreed to meet them, although no date was mentioned.

The Writers’ Guild of Great Britain, a union of writers, also said it raised its own concerns with the CBBC.

It urged the broadcaster to “rethink and redevelop the show”, if the producers are unable to hire more minority writers for the show.

BEATS said that the lives and stories of British East Asians are already “marginalised and suppressed” in the arts and culture in the UK, and there are concerns that the contents of the latest programme “perpetuate an unfortunately long-standing UK television orientalist narrative”.

The controversy has also ignited a conversation online. Scottish Chinese actor, Katie Leung, posted a tribute to her grandmother with the hashtag #RealAsianGranny.

My #RealAsianGranny lived in the Hong Kong Slums when she gave birth to my dad on the kitchen floor cos she didn’t have a babysitter for her 4 other children.She sold illegal fireworks in order to feed them. She then babysat her 8 grandkids. She feigned deafness regularly. Legend

In a post on social media, Gemma Chan, a London-based actor of the hit movie Crazy Rich Asians, weighed in saying that while a show about British East Asians is “wonderful… without input from authentic voices… this show is never going to get there and that would be a pity”.

Even as the controversy erupted, BBC is trying to expand its presence in China, according to the South China Morning Post report.

The report said that BBC studios recently signed a deal with Phoenix Entertainment to create a Mandarin version of the show, Life on Mars. 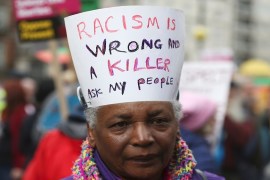 Is the UK still racist?

Writers Afua Hirsch and Claire Fox debate whether transcending racial identities is possible in the UK. 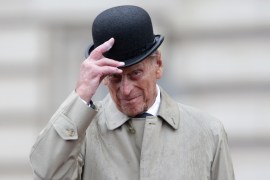 Prince Philip has done the world an extraordinary service by exposing the racist hypocrisy of “Western civilisation”. 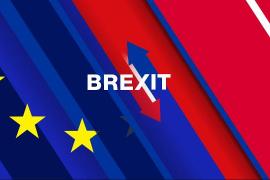 While UK laws and politicians make distinctions between illegal immigrants and people in the UK lawfully, it doesn’t follow that the public will see the difference