Turkish President Recep Tayyip Erdogan has announced that Ankara is “ready” to establish its own trade mechanism with Iran, allowing companies from the two neighbouring countries to continue doing “legitimate” business amid punishing US sanctions.

Erdogan made the statement on Thursday during a bilateral meeting with Iranian President Hassan Rouhani on the sidelines of the three-party talks on Syria in the Russian resort city of Sochi, according to Iran’s Mehr news agency.

“Turkey is ready to join the SPV (Special Purpose Vehicle) and create a similar bilateral mechanism for trade cooperation with Iran,” he said, referring to INSTEX (Instrument In Support of Trade Exchanges), a new body set up by the European Union that process payments outside of the regular banking institution.

“Multilateral cooperation with Iran on different issues has had positive achievements and Turkey is ready to expand this cooperation to other countries in the region,” Erdogan added.

No specific date has been announced when the Turkish SPV would be set up.

Rouhani said that Tehran hopes that “obstacles” are removed so the two countries will be able to strengthen bilateral cooperation.

Cooperation in the private sectors is also “very good”, Rouhani said adding that “deepening banking transactions is prerequisite to development of these ties”.

He added that Tehran is ready to develop relations with Ankara on energy, industry and transportation.

“It is essential that the authorities of the joint commission of cooperation accelerate the process of implementing these agreements,” Rouhani said.

Earlier this month, Iranian Minister of Petroleum Bijan Zanganeh was quoted as saying that Turkey is the only country in Europe that has not stopped buying Iranian oil since the reimposition of US sanctions according to Iran’s ISNA news agency.

In 2018, US President Donald Trump withdrew from the 2015 nuclear deal and reimposed economic sanctions against Iran, including on oil trading and banking transactions.

The Trump administration has warned other countries to abide by its unilateral sanctions, or else its companies could face possible penalties.

Erdogan’s announcement on Thursday risks damaging Turkey’s relationship with the United States, which has been pressing other countries to cut economic ties with Iran.

Meanwhile, Erdogan and Rouhani also discussed security matters in the region, with the Turkish leader vowing to continue “bilateral and regional cooperation with Iran against terrorism”.

Rouhani responded saying it is “unfortunate” that armed groups continue to operate in the region with the support of “foreign powers, especially by the United States”. 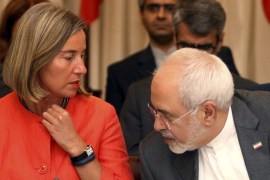 EU launches mechanism to bypass US sanctions on Iran

EU opens new channel for humanitarian trade with Iran, showing its willingness to stand against US policies. 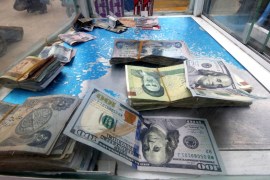 How can Iran bypass US sanctions?