Prime Minister Scott Morrison has said the Australian government would reopen its controversial offshore detention centre on Christmas Island, stepping up the conservative administration’s hardline policies towards asylum seekers and refugees in an immediate response to a historic defeat over the issue in parliament.

Morrison on Wednesday approved the reopening of the remote facility – closed only months ago – claiming the law passed would increase the number of people seeking asylum and protection in Australia by sea.

The legislation allows refugees and asylum seekers held in existing offshore camps on Nauru and Papua New Guinea’s Manus Island to travel to Australia for medical treatment on the diagnosis of two doctors.

It was the first time in 80 years that an Australian government had lost a vote on its own legislation in the lower house. The bill passed the upper house on Wednesday morning.

Morrison accused the opposition Australian Labor Party of a bid to “weaken and compromise our borders” and said he was adopting “100 percent” a series of security service recommendations on measures to prevent the arrival of migrants and asylum seekers by sea.

“It’s my job now to ensure the boats don’t come back,” Morrison wrote on Twitter. “I will do everything with the government’s power to ensure that what the Labor Party has done to weaken our borders does not result in boats coming to Australia.”

David Manne, executive director at Refugee Legal, an independent community legal center specialising in refugee and immigration law, said the detention centre is inhumane and should not be reopened.

“The Christmas Island detention facility – which has been in operation on and off for almost two decades – has been widely condemned for its prison-like conditions,” Manne said.

“It is a very serious concern to hear the government suggesting that it will reopen this detention centre which has caused such severe harm… to people who have fled from harm.

“It is also not the kind of place which would be in any way suitable to hold people who are going to be brought back from the Nauru and Manus islands who are seriously ill and require urgent medical intervention.”

He did not elaborate on the other measures that had been proposed.

Australia first began detaining asylum seekers in offshore facilities after the Tampa incident in 2001 when it refused a Norwegian ship that had rescued hundreds of Afghans from the sea to enter Australian waters.

For the past decade, it has been official policy that anyone who claimed asylum after attempting to reach Australia by sea would be taken to an offshore camp with no hope of ever being allowed to settle in the country. The detention policy does not apply to those who arrive by plane.

Morrison’s move comes as both parties gear up for a general election due by May, and amid a fierce debate over the conservative government’s harsh immigration policies.

Thousands of people have been sent to Manus and Nauru under conditions widely condemned by the United Nations and human rights groups as a result of the policy.

At least five people have committed suicide on Nauru since 2013. Seven have died on Manus during the same period, but several more have attempted suicide.

The government has stopped publishing data on those imprisoned in the centres, but campaigners estimate there are about 1,000 people living on the two islands.

In the wake of the parliamentary defeat, Morrison refused calls to step down or call an early election.

Christmas Island is a remote Australian territory in the Indian Ocean some 2,300km northwest of Perth. Its detention centre once held thousands of people, but the last 35 detainees were taken off the island in October, when the camp was closed. 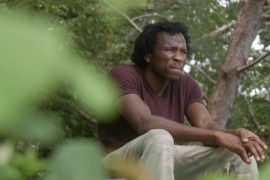 Manus and the deepening despair of Australia’s endless detention policy

Fellow refugees are the only lifeline for men who wonder whether they will ever escape the remote Pacific island where they have been held for more than five years under Australia’s harsh offshore detention policies. 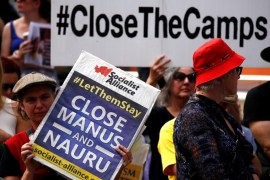