The US government will continue investigating the murder of Saudi writer Jamal Khashoggi, Secretary of State Mike Pompeo said during a visit to Hungary on Monday.

“America is not covering up for a murder,” he said, adding that the United States would take more action to hold accountable all those responsible for Khashoggi’s death.

The US-based Saudi columnist was killed inside the Saudi consulate in Istanbul on October 2. After initially offering contradictory statements, the kingdom confirmed that Saudi agents killed him inside the consulate, but denied its senior leaders were behind the killing.

Khashoggi’s body was dismembered and has not been found.

‘Aiding in the cover-up’

The murder outraged members of Congress. On October 10, 2018, a bipartisan group of US senators triggered the terms of the Global Magnitsky Act, requiring the president to investigate and determine if a foreign person is responsible for Khashoggi’s death within 120 days.

The White House had until Friday to submit their report – a deadline it failed to meet, according to several seniors.

A State Department spokesman said Pompeo provided an update to Congress on Friday in the form of a letter, but the spokesman did not elaborate.

Senator Tim Kaine, in a statement on Sunday, accused the administration of US President Donald Trump of “aiding in the cover-up of the murder”.

“America should never descend to this level of moral bankruptcy,” Kaine added.

Michael McCaul, a Republican on the House Foreign Affairs Committee, said on Saturday that “everyone involved in this gruesome crime must be identified and held accountable”.

“I call on the administration to immediately comply with the requirements of the law, and to provide Congress with the information required,” he said.

Although the White House has sanctioned 17 Saudi individuals for their involvement in the murder, including two top aides to MBS, members of Congress from both parties have called for greater action to be taken against the kingdom and its leaders.

According to US media, the CIA concluded that Saudi Crown Prince Mohammed bin Salman (MBS) ordered the murder, a conclusion Saudi Arabia denies.

In December, the Senate passed a non-binding resolution condemning Saudi Arabia for its conduct in Yemen and for Khashoggi’s murder. Politicians have vowed to bring the measure and similar legislation up again this year.

Last week, the House Foreign Affairs Committee advanced a bill that would end US involvement in the Yemen war. The “War Powers” resolution will now go to the House of Representatives floor for debate.

Separately last week, Saudi Minister of State for Foreign Affairs Adel al-Jubeir dismissed the possibility MBS, the de facto ruler of the kingdom, had any role in Khashoggi’s killing.

“We know that the crown prince did not order this. We know that this was a rogue operation,” he said, echoing the same theory Trump had pointed to following the murder.

Saudi Arabia indicted 11 people in the killing, including several officials close to the crown prince, and is seeking the death penalty against five of them. 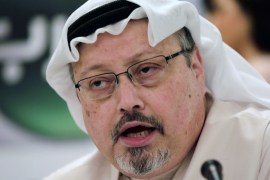 White House had until Friday to report to Congress on the killing of the Saudi writer, but it missed the deadline. 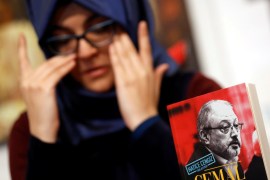