Zarif’s comments on Monday came two days after the US and Iran swapped prisoners in a rare act of cooperation between the longtime foes.

“After getting our hostage back this week, fully ready for comprehensive prisoner exchange,” Zarif wrote on Twitter, while in Istanbul.

After getting our hostage back this week, fully ready for comprehensive prisoner exchange.

The ball is in the US’ court.

Today, back to regional diplomacy in Istanbul, at the Ministerial Heart of Asia mtg, joining forces for peace & development in Afghanistan.#NeighborsFirst pic.twitter.com/dJw05JYM7X

Saturday’s exchange involved Xiyue Wang, a Chinese-born US citizen held in Iran since 2016, and Massoud Soleimani, an Iranian scientist detained in the US.

Following the swap, which was negotiated indirectly and took place in neutral Switzerland, US President Donald Trump thanked  Iran for what he called a “very fair negotiation” after the transaction.

However, Iran’s government dismissed the idea that it was the result of any negotiations between the two countries, which have not had diplomatic ties since 1980.

“This was only an exchange and … regarding exchanges we are ready to act but there are no negotiations,” Iranian spokesman Ali Rabiei said on state television.

“Negotiations or any kind of talks” can only take place “within the framework of the 5+1 and after America has refrained from sanctions and economic terrorism”, he said.

The P5+1 is the group of countries that agreed to a nuclear deal with Iran in 2015. They are the five veto-wielding permanent members of the United Nations Security Council, namely the US, Britain, France, Russia and China, plus Germany.

The nuclear deal has been hanging by a thread since last year, when Trump unilaterally withdrew from the accord and began reimposing sweeping sanctions on the Iranian republic as part of a “maximum pressure” campaign to force it back to the negotiating table.

Iran’s government has long demanded that the US first drops the sanctions for it to return to negotiations under the auspices of the P5+1. Tehran has also taken several steps away from the unravelling nuclear deal following Washington’s withdrawal and the reimposition of sanctions.

Rabiei said the prisoner swap came despite a US rejection of an offer Tehran made to Washington last year for an exchange of all detainees.

Meanwhile, Japan‘s local media reported that Iranian President Hassan Rouhani is likely to visit Tokyo this month, possibly on December 20, with some reports saying Washington has green-lighted the trip.

Prime Minister Shinzo Abe said on Monday his government had been weighing inviting Rouhani for a state visit.

Japan has been trying to forge a possible mediator role as tensions rise between its ally Washington and Tehran.

“A visit by President Rouhani to Japan is now under consideration,” Abe said at a news conference marking the end of the year’s parliamentary session.

“Japan, which has an alliance with the US and at the same time has maintained favourable relations with Iran for a long time, must forge its own path,” he said.

“I want to make diplomatic efforts as much as possible to help ease tensions and stabilise the situation in the region by continuing dialogue patiently,” Abe added.

If the trip is confirmed, Rouhani would become the first Iranian president to visit Japan since 2000. 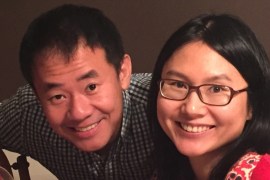 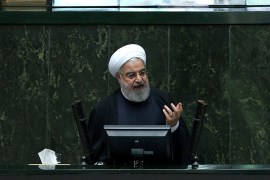 Iran unveils ‘budget of resistance’ against US sanctions