New Zealand’s most active volcano erupted on Monday killing at least five people with many trapped on the popular tourist spot, White Island, as conditions were too dangerous for search-and-rescue teams.

No more survivors were expected to be rescued, authorities said.

“Based on the information we have, we do not believe there are any survivors on the island,” police said in a statement.

Plumes of white smoke and debris were shot high into the air, and video emerged of some visitors stuck in a crater before the blast. Search operations were put on hold until conditions became safe.

Dozens of tourists were exploring the moon-like surface when the eruption occurred.

Police Deputy Commissioner John Tims said the number of missing was in the double digits but he couldn’t confirm an exact figure.

Michael Schade, an engineering manager from San Francisco, was one of the tourists who made it off the island minutes before the eruption.

He posted dramatic footage of the blast from the boat he was on, with smoke first engulfing the top of the crater and then the entire island.

“This is so hard to believe,” Schade said. “Our whole tour group were literally standing at the edge of the main crater not 30 minutes before.”

Prime Minister Jacinda Ardern said there were people unaccounted for after the eruption, which occurred at about 2pm local time (01:00 GMT).

“A number of people are reportedly injured and are now being transported to shore,” Ardern told a news conference. “It does appear to be a very significant issue … particularly the scale of people affected at this stage.”

The “short-lived eruption” threw an ash plume about 3,660 metres (12,000 feet) high, New Zealand’s geoscience agency GNS Science said in a statement, adding there were no current signs of an escalation.

GeoNet agency, which had been monitoring the rumbling volcano, raised its alert level to four out of a maximum five. The White Island is about 50km (30 miles) from the east coast of North Island.

A statement from New Zealand police said there were thought to be about 50 people on the island at the time of the eruption, and 23 had been rescued so far.

“Some of those people have been transported to shore, however, a number believed to be on the island are currently unaccounted for,” said police.

The island’s immediate surroundings were hazardous because of the eruption with falling volcanic debris and ash, the National Emergency Management Agency said in a statement.

In a statement, St John medical responders said they believed at least 20 people were injured on White Island. St John also said it had dispatched seven helicopters to the island with paramedics aboard.

A crater rim camera owned and operated by GeoNet showed groups of people walking near the rim inside the crater in the hour leading up to the eruption. It is unclear whether the group, which appears to be made up of about a dozen people, were alerted to flee or were continuing a tour, unaware of the looming danger.

The island also has a container where people can take shelter in the event of an eruption, she said.

“It is not uncommon to hear of White Island eruptions,” Jackson-Lees said. “What is uncommon is the level of intensity. It was classed as a level four. We get minor eruptions all the time but it’s been some time since we had anything of this level and we certainly haven’t had any casualties.”

About 70 percent of the volcano is under the sea and at least 10,000 people go to see it every year.

“There was definitely one group out there and they definitely needed medical care,” said Judy Turner, the mayor of the nearby coastal town of Whakatane.

“There were some injuries and the focus is on getting these injured people back safely and to get them to a hospital.”

The White Island volcano’s last fatal eruption was in 1914 when it killed 12 sulphur miners. There was a short-lived eruption in April 2016.

White Island became a private scenic reserve in 1953 and daily tours allow more than 10,000 people to visit the volcano every year. 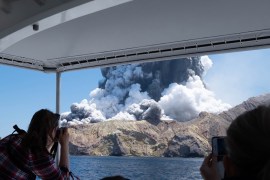 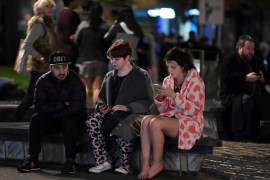