Washington, DC – The United States House of Representatives on Friday approved a resolution that expresses its continuing support for a two-state solution in the Israeli-Palestinian conflict and warns against any Israeli annexation of territory in the occupied West Bank.

The measure backed by Democrats is a non-binding expression of sentiment aimed at countering the Trump administration’s pro-Israeli policies. US Secretary of State Mike Pompeo said last month that the US no longer considers Israeli settlements illegal under international law, a reversal of official US policy since 1978.

“For more than 20 years American presidents from both political parties and Israeli prime ministers have supported reaching a two-state solution that establishes a democratic Palestinian state to coexist peacefully and constructively side-by-side with a democratic Israel,” Democratic Representative Jamie Raskin said as the House debated the measure on Thursday.

“Middle East peace talks have favoured the two-state solution and opposed settlement expansions, moves toward unilateral annexation of territories,” Raskin said. “Any US proposal that fails to endorse a two-state solution will put a peaceful end of the conflict out of reach.”

“This resolution not only endorses an unrealistic, unattainable solution, one that Israel has made impossible, but also one that legitimises inequality, ethnic discrimination and inhumane conditions,” Tlaib said in the floor debate.

“Prime Minister Netanyahu and the Likud party have actively fought against a two-state solution and took steps to ensure its demise,” said Tlaib, “They increased their illegal taking of Palestinian homes and imprisoned more Palestinian children than ever before and are building more walls.”

I spoke today as the proud granddaughter of a strong, loving Palestinian woman in opposition to #HRes326. We must take bolder actions to ensure human rights are upheld in Israel and that Palestinians and Black Israelis are treated with the equality every human being deserves. pic.twitter.com/G3IlRcoVM6

Israeli Prime Minister Benjamin Netanyahu has pledged to annex “all” settlements in the occupied West Bank, a promise vehemently opposed by Palestinians and one that ICC chief prosecutor Fatou Bensouda reportedly said she was watching with “concern”.

Palestinians argue Israel has been illegally settling on Palestinian land since 1948 with impunity and support from the United States. Pompeo’s November statement is seen as opening a door to legitimising any annexation that an Israeli government may undertake.

The Trump administration under the leadership of Jared Kushner, President Donald Trump’s son-in-law and senior White House adviser, has been working secretly on a peace framework for Israel and the Palestinians. It has not yet been publicly announced.

The House measure asserts that any proposal to achieve a long-lasting solution to the Israeli-Palestinian conflict should endorse a two-state solution and discourage unilateral steps like annexation or efforts to achieve Palestinian statehood outside negotiations.

House Republicans aligned against the measure, which they view as a partisan messaging tool aimed at the Trump administration.

“I am saddened the Democrats brought up this resolution that rebukes and ties the hands of the Trump administration and embarrasses Israel,” said Debbie Lesko, a Republican member of the House.

The resolution’s wording calling for any US peace plan from Trump to re-enforce long-standing US policy in favour of a two-state solution is “completely undercutting the Trump administration”, Lesko said.

By singling out “settlement expansion and annexation”, the resolution targets “some of the most delicate issues in our bilateral relationship with Israel” and “disproportionately criticises the Israeli government at a difficult time”, Lesko said.

After taking office in 2017, Trump took several steps favouring Israel, including recognising Jerusalem as Israel’s capital and moving the US embassy there from Tel Aviv. In 2018, Trump cut $200m in US aid to the Palestinian Authority and ended $360m in annual US funding for the UN agency for Palestinian refugees.

“There has been an effort to dismantle piece-by-piece the traditional American approach to how to resolve the Israeli-Palestinian issue,” said Aaron David Miller, a senior fellow at the Carnegie Endowment for International Peace.

“They have not as yet endorsed a Palestinian state. They have untethered the aid. They have clearly given priority to Israeli needs and priorities over Palestinians,” Miller told Al Jazeera

“This resolution is an attempt to put on the record that there is another strain to US policy which is more credible and that’s the position which the House is taking,” he said.

Congress itself remains divided. The resolution is unlikely to find support in the Republican-led US Senate which in February passed a bill in a 73-27 vote that would secure $3.3bn a year in unconditional aid to Israel for 10 years. The Senate bill would also impose potential state and local sanctions on the US entities that support boycotting Israel.

A group of 106 Democrats signed a letter to Pompeo last month decrying the administration’s decision to reverse US policy on the legality of Israeli settlements.

Trump’s moves have “discredited the United States as an honest broker between Israel and the Palestinian Authority, severely damaged prospects for peace, and endangered the security of America, Israel, and the Palestinian people,” the politicians said. 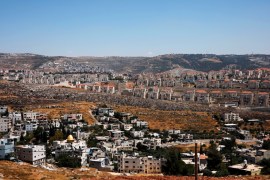 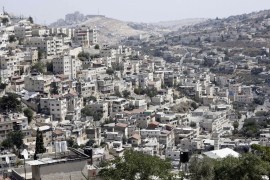