Tropical Cyclone Pawan is making its way to the Horn of Africa and heading for the Somali coast, raising fears of fresh flooding.

Several countries in East Africa, including Somalia, Kenya, Uganda and Djibouti, have reported deadly floods and landslides in recent weeks of heavy rains, with more in the forecast for the region.

It is usually on the advance or retreat of the southwest monsoon that cyclones form in the Arabian Sea, in the northern half of the Indian Ocean.

Pawan is not particularly strong. The winds whipping around its centre are no more than that of a severe gale. But they have built four-metre high waves, and landfall in Somalia on Friday evening will inevitably bring flooding.

Forecast rainfall is anything up to 250mm. The Global Disaster Alert and Coordination System, GDACS, rates Somalia as highly vulnerable, with flash floods likely in the regions of Mudug, Nugal, Bari and Sanaag.

Galkayo, the regional capital of Mudug, is likely to get the last of the rains on Sunday: The city’s average rainfall in December is 1mm but it may well exceed this by a factor of 20.

Meanwhile, in Uganda, eight people have died and more than 80,000 have been displaced by flooding and mudslides this week, Disaster Preparedness Minister Musa Ecweru said in a statement.

In Sironko district, also on Mount Elgon, “two adults and two children were killed” and more than 4,000 people affected.

“The risk of more flooding and landslides is real,” the minister warned. 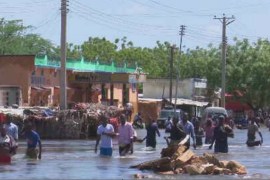 UN delivers vital supplies as 370,000 people displaced by floods around the Horn of Africa nation. 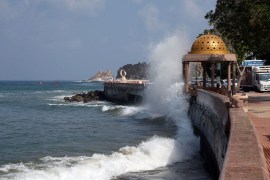