The speaker of Libya’s eastern-based parliament has labelled Turkey’s offer to deploy troops to the war-wracked country as “unacceptable,” saying such a move would amount to unwanted meddling in the internal affairs of a sovereign state.

At a joint news conference with his Cypriot counterpart on Saturday, Aguila Saleh of the House of Representative (HoR) said Turkey’s actions were ratcheting up tensions and destabilising the wider region.

Saleh and Cypriot parliamentary speaker Demetris Syllouris also reiterated their condemnation of a maritime border agreement that Turkey signed with Libya’s Tripoli-based Government of National Accord (GNA) – which has not been ratified, as necessary, by the Libyan parliament – as a “flagrant violation of international law that’s devoid of any legal basis”.

The country has been split into rival eastern and western administrations since 2014, with the UN-recognised GNA currently controlling Tripoli, situated in northwestern Libya, and a parallel administration holding the east of the oil-rich country, supported by renegade military commander Khalifa Haftar‘s self-styled Libyan National Army (LNA).

Since early April, Haftar has waged a military campaign against the GNA, which he accuses of harbouring “terrorist elements” but the offensive has so far failed to break through the Tripoli government’s defences.

According to the Cyprus News Agency, Saleh said the GNA Prime Minister, Fayez Sarraj, is not authorised to sign any agreements on his own because, according to an agreement on how the Libyan government should function, any agreement needs to have the unanimous approval of the nine-member presidential council and also requires parliament’s approval.

Saleh said Turkish President Recep Tayyip Erdogan took advantage of the divisions within Libya, as well as Tripoli’s control by “terrorist groups”, to get the agreements approved in order to intervene in Libya’s internal affairs.

Erdogan “sent in the past unmanned aerial vehicles and armoured vehicles, different types of weapons and has recently announced that he would send troops to fight in Libya”, Saleh said.

According to Saleh, Erdogan’s aim “is to provoke countries in the eastern Mediterranean and to interfere in their exclusive economic zones without taking account these countries’ sovereign rights at sea and in the air”.

Turkey contends the maritime agreement gives it economic rights to a large swath of the eastern Mediterranean Sea.

On a surprise visit to Tunisia earlier this week, the Turkish president had reiterated that his county would evaluate sending soldiers to Libya if there is an invitation from Tripoli, where Sarraj’s  administration is based.

Meanwhile, Italian Prime Minister Giuseppe Conte on Saturday outlined the establishment of a no-fly zone as an option for resolving the Libya conflict.

“A no-fly zone too can be an instrument for achieving a goal: the immediate cessation of hostilities,” Conte said in his end-of-year news conference in Rome.

Any such intervention, Conte ventured, “would give way to an incredible military escalation, that would have so many civilian victims and be without a victory for anyone”. 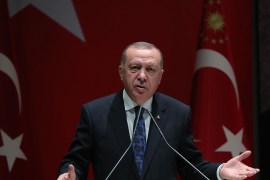 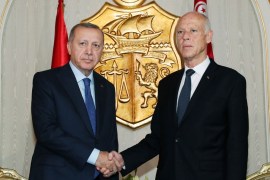