London, United Kingdom – Young Muslim leaders in the United Kingdom are attempting to deliver 10,000 meals to rough sleepers by the end of the year, and have pledged to clean the streets after New Year’s Eve celebrations in a bid to start 2020 by helping the environment.

Adeel Shah, 24, is among the group working with the Ahmadiyya Muslim Youth Association (AMYA), which describes itself as the UK’s oldest Muslim youth organisation.

He told Al Jazeera that on Wednesday, Christmas Day, the group will provide food to rough sleepers and ask them how they think homelessness should be solved.

On New Year’s Day, the group plans to pick up rubbish in several towns and cities, in the hope “2020 will see a drop in pollution and plastic waste”, he said.

According to the Combined Homelessness and Information Network (CHAIN), homelessness has jumped 50 percent this year, compared to 2018.

More than 4,700 people slept rough across England on any given night in 2017, according to government figures, a 15 percent increase compared to the previous year, and more than double the amount in 2010.

Lewis Colin, 52, currently sleeps in a tent near Charing Cross Station in London. Two weeks ago, he was evicted from the Bedford home he shared with his girlfriend, who was sectioned.

He claimed workers from the mental health service “did not care enough for his girlfriend”.

Sergio Alexandro, a 39-year-old former kitchen porter from Romania who has been sleeping rough for five years, said he cannot find work without a permanent address.

Nati Melushiva, 66, from Bulgaria has lived in London for 10 years but is now homeless and seeking employment, “even as a street cleaner because it would give me freedom”.

Another homeless man, who did not want to be named, said private landlords refused tenants who rely on social welfare.

With some 85,000 UK households living in temporary accommodation, he said the definition of homelessness went beyond rough sleeping.

He said the solution, building more social housing, was “not rocket science”, adding that the 1988 Housing Act, which “got rid of rent control mechanisms”, once gave tenants greater security.

He explained that private house rentals were insecure because tenants were more vulnerable to evictions. 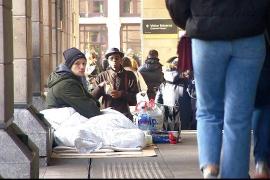 Homelessness at record levels in Britain as 600 people died on the streets in the past year. 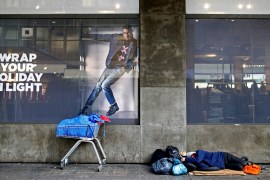 Homeless deaths in England, Wales rise by a quarter in 5 years 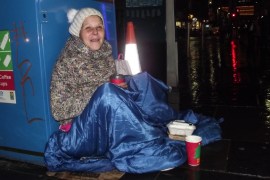 Women who sleep rough have no escape from sexual violence and struggle to deal with basic menstrual hygiene. 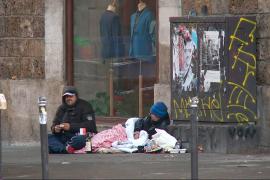 Sleeping rough in Paris: Homeless numbers on the rise

In July, French President Emmanuel Macron said he wanted to end homelessness in his country by the end of the year.