At least 22 civilians, including several children, have been killed in northwest Syria as Russian and government forces launched a series of air raids, according to volunteer medics who operate in rebel-held areas.

Among those who lost their lives in Bidama were a White Helmets volunteer’s wife and three children, Sheikho said.

A market in the rural town of Maasaran was also bombed, according to Sheikho, who said that dozens of people were wounded across the region in the attacks and that rescue operations were ongoing on Tuesday evening.

Russian and regime warplanes continue their mission to kill civilians in #Idlib. 12 people have been killed this morning so far, 6 of them from artillery shelling of a home in #Badama Town and other victims of airstrikes targeting those attempting to flee the bombings. pic.twitter.com/eGHK9WeiK5

Videos posted on social media and confirmed by residents showed emergency crews pulling charred bodies along the debris-strewn streets of Maasaran as ambulances were arriving.

The bombing began at around 7am local time (05:00 GMT), Abbadeh Zakrah, a White Helmets volunteer based in Maaret al-Numaan district, told Al Jazeera.

“The sound of barrel bombs has not stopped all day,” he said. “Bombardment was targeting civilians fleeing from towns and villages near the main highway.

“This is a vicious and systematic bombing camping to force people out of the northern region,” Zakrah said.

Russia, which backs Syrian President Bashar al-Assad, and Turkey, a longtime supporter of opposition factions, cosponsored a de-escalation agreement for northwest Syria earlier this year that has since faltered. 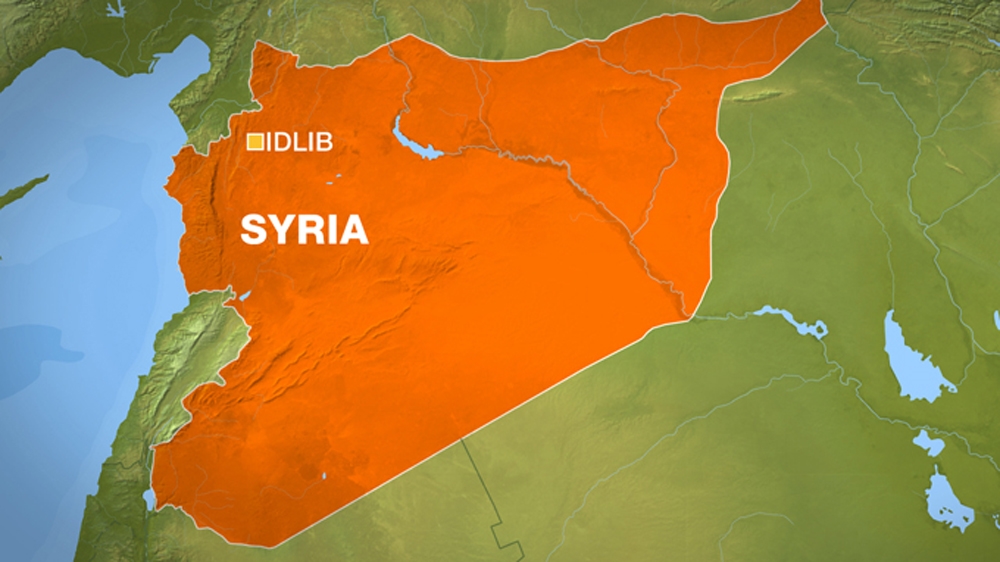 Russian-backed forces have continued air raids on populated areas to wear down rebel groups that have, so far, repelled government attempts to seize back terrain.

Syrian government and Russian forces attacked two IDP camps on Monday, according to the White Helmets.

They are now seemingly pushing north, towards Maaret al-Numan, which sits on the M5 highway linking Damascus with the northern city of Aleppo.