Lord Eric Pickles, Special Envoy for Post-Holocaust Issues and a former Conservative MP, confirmed the move, saying: “BDS is an organisation devoted to boycotting and removing investment from Israel, one of our key allies. We’re going to ensure that public sector, places like councils and health authorities, can’t work against Israel, can’t prejudice Israel.

“BDS is just a thin disguise for anti-Semitism and we as Conservatives should always tackle racial discrimination. BDS is one of the worst, wink wink, nudge nudge, piece of racialism that we know.”

His message, posted in a video on the Conservative Friends of Israel lobby group’s Twitter feed, has stirred concerns among experts and activists who see BDS as a non-violent protest movement aimed at pressuring Israel to comply with international law and stop oppressing Palestinians.

Specifically, BDS seeks to break down Israel’s illegal wall and settlements. Its supporters demand equality for Palestinian citizens of Israel and call for the rights of Palestinian refugees to be upheld.

Hilary Aked, whose PhD thesis investigated opposition to BDS, told Al Jazeera: “Labelling the Palestinian-led BDS movement ‘anti-Semitic’ is deeply damaging to the cause of anti-racism, both in terms of fighting genuine anti-Semitism and opposing the apartheid system Israel imposes on Palestinians.

“The Conservative government’s renewed talk of outlawing BDS is the result of having lost the moral argument and, like supporters of Israel everywhere, needing to resort to repression and smears to stop ethical boycott and divestment initiatives.”

Johnson, who scooped a large parliamentary for his Conservative Party in a December 12 election, has previously described himself as a “passionate Zionist”.

Israeli Prime Minister Benjamin Netanyahu was quick to congratulate Johnson, calling his recent win a “crushing victory in the fight against anti-Semitism” – apparently a reference to allegations of anti-Jewish racism within the opposition Labour Party – as he looked forward to strengthening “the excellent relationship” between Israel and the United Kingdom.

Netanyahu often rails against BDS and has said its founders “want to see the end of the Jewish state”.

Ben Jamal, director of the Palestine Solidarity Campaign, told Al Jazeera: “Israel recognises it is losing the battle for world opinion and risks isolation. In response, it has been coordinating a global campaign to fight back against the BDS movement.

“Central to this has been the attempt to frame the movement as extremist and anti-Semitic … Israel has tried to persuade its allies to introduce anti-BDS legislation.”

In the US, politicians from the Republican and Democratic parties have hit out at the movement and some states have passed anti-BDS measures, such as punishing companies that refuse to do business with illegal Israeli settlements.

“In the US for example, we have seen a raft of laws introduced trying to prevent US citizens and companies responding to the BDS call, laws that are being challenged in the US courts on the basis of their violation of basic principles of free speech,” said Jamal. “Unsurprisingly a Conservative government that seeks to ally itself with [US President] Donald Trump and his far-right agenda is following suit.

“All those who believe in international law, human rights and freedom of expression must vigorously oppose this legislation.”

In November, the European Court of Justice, the EU’s top court, ruled that food and drink made in Israeli settlements built on occupied Palestinian land should be labelled if producers wanted to sell them in the bloc.

Johnson will take the UK out of the EU within weeks. His parliamentary majority means that unlike before, he will face little resistance regarding his Brexit proposals. 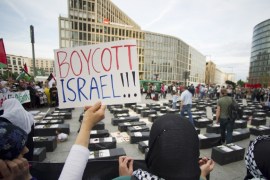 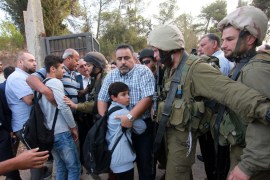 BDS: In the crosshairs of human rights colonialism