London, United Kingdom – Britons are set to vote for the third time in four years in a snap poll called to end the political deadlock over Brexit.

Voters will flock to polling booths on Thursday from 7am (7:00GMT), braving cold, wet and possibly snowy weather in some regions, to participate in an election that has been dubbed the most important for a generation.

The ballot marks the end of a breakneck six-week campaign during which Prime Minister Boris Johnson and Jeremy Corbyn, his main challenger, have battled for support despite both being widely criticised over their leadership credentials.

Johnson, 55, has promised a right-wing Conservative government would “get Brexit done” and take the UK out of the EU by the end of January 2020 with his withdrawal agreement, and warned of more “dither and delay” in the event of a Labour victory.

Leader of the left-wing Labour Party, Corbyn, 70, has said he would broker a softer divorce deal than Johnson’s and put a revised withdrawal agreement to a referendum, alongside the option to remain, within six months.

The veteran socialist MP has also promised to reshape the UK’s economy, with proposals such as income tax hikes for top earners and a nationalisation programme.

The winning candidate must scoop a majority in the 650-seat House of Commons in order to action their plans.

On polling day, voting centres will close at 10pm (22:00GMT), with final results expected to be declared by early Friday morning.

More than 45 million voters are registered to take part, but the weather might dampen turnout.

Hanging in the balance

On the eve of the election, it remained unclear who might win the vote.

The prime minister himself acknowledged that the race was “tighter than ever”.

The MRP poll, a major YouGov study released on Tuesday, suggested the chance of no party winning an outright majority – a result which would produce a hung parliament – was within the margin of error.

It predicted the Conservatives were set for only a slender majority of 28 seats – down from the sizeable 68 majority forecast by YouGov two weeks ago – and 339 seats overall.

New – Our final MRP of the campaign shows a small Conservative majority likely.

Central estimate is a majority of 28.

However at this stage we still cannot rule out a hung parliament. https://t.co/tcd02e3yJP

It also forecast that Labour was set to win 231 seats, the Scottish Nationalist Party (SNP) 41 seats and the pro-EU Liberal Democrats 15 seats.

In the event of a hung parliament, the party with the largest vote share may form a minority government, seek out the support of smaller parties for a “confidence and supply” arrangement, or try to build a formal coalition.

As well as how the UK is pulled out the EU, voters are concerned about a flatlining economy, creaking health and social care provision, the impact of a decade of austerity and the unfolding climate crisis.

Regarding Brexit, Johnson “hasn’t wanted to touch on detail … [and] I don’t think Labour are very comfortable on detail [either],” said Anand Menon, director of The UK in a Changing Europe think tank. “They don’t want to talk about Brexit.”

The “odds were stacked against” Johnson or Corbyn’s proposals playing out on the timelines each had suggested, Menon told Al Jazeera. 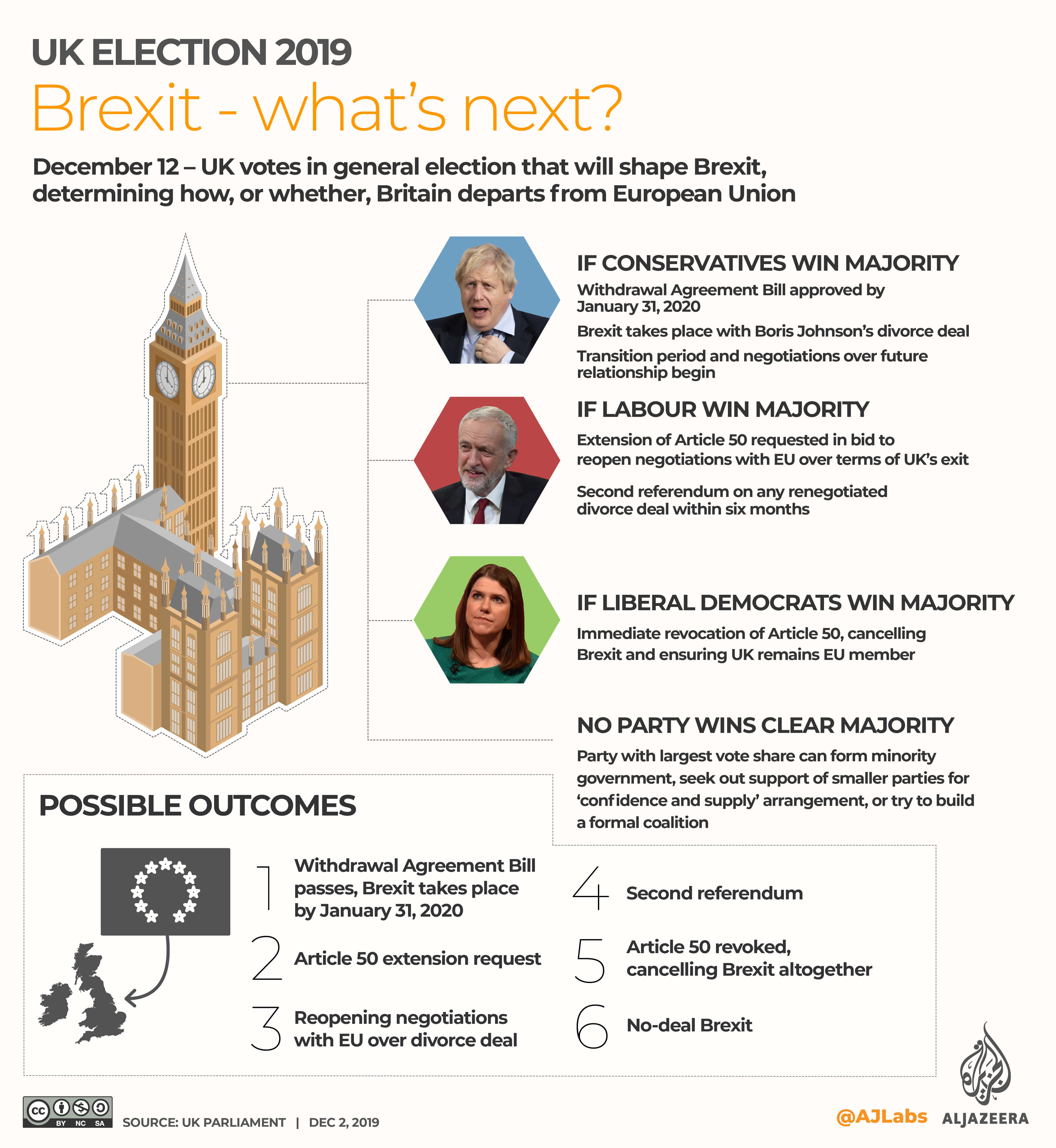 If Parliament passes Johnson’s existing withdrawal agreement by the current January 31 Brexit deadline, it will usher in a potentially gruelling transition period during which the UK and EU are expected to try and hammer out a deal on their future relationship.

Corbyn, a long-time eurosceptic, has meanwhile been unwilling to offer a personal view on Brexit, suggesting he would remain neutral in any second referendum on a revised deal brokered by Labour.

“Labour are clear in their unwillingness to commit either way [Leave or Remain] … and are saying that this is a matter for the public to decide on,” said Matt Cole, an historian and expert in British party politics at the University of Birmingham.

“However, a public which has already decided on it is unlikely to be impressed by that,” he added. “On Brexit, that makes them the party with the greatest problem.”

Among the smaller parties, the SNP is aligned with Labour in supporting a second referendum, so long as remaining in the EU is an option on the ballot paper, while the Liberal Democrats have pledged to revoke Article 50 and cancel Brexit altogether if they win a majority – a highly unlikely outcome.

As leaders of the two largest parties, Johnson and Corbyn are the two clear frontrunners to lead the UK’s next government.

Both, however, appear to be widely unpopular among the electorate, according to YouGov polling, with some 61 percent of Britons having a negative opinion of Corbyn, and 47 percent disliking Johnson. 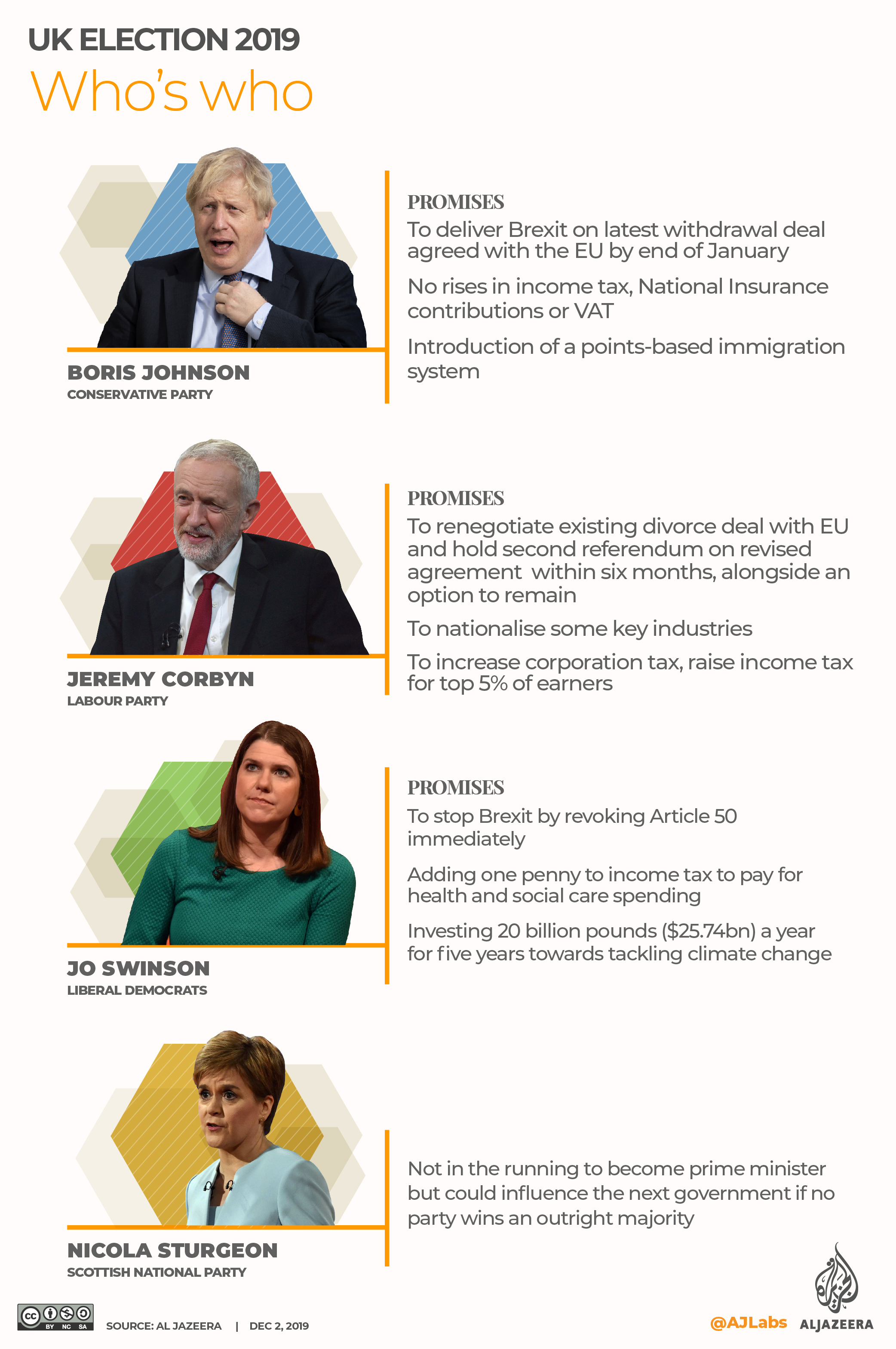 Both Corbyn and Johnson have fought claims of racism within their parties, over anti-Semitism and Islamophobia respectively.

While Labour’s economic policies have some support, Corbyn is disliked even by some traditional Labour voters, as Johnson is regarded by many as unrelatable and lacking in empathy.

Cole said both parties struggle to “maintain ideological breadth” under their respective leaders.

“The Conservative Party will not withstand any idea of membership of Europe … there is a narrowing of their focus which is quite remarkable given that they are the pragmatic party and ideology is supposed to be a dirty word for them, while the Labour Party has meanwhile gone through a process of alienating its moderate wing,” Cole said.

“The signs of being willing to pay a high price to be ideologically correct have been affecting both parties for some time,” he added.

“Brexit has accelerated that process, or has hardened the edge of exclusivity, ideological vociferousness and fractiousness. Intolerance of difference has become the characteristic of both parties.” 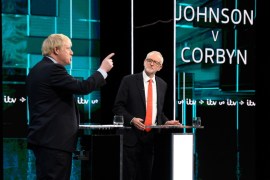 Britain’s ‘Brexit election’: All you need to know about the vote

Brexit is high on the agenda after months of political deadlock. Will the general election break the impasse? 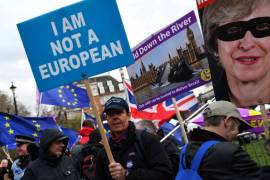 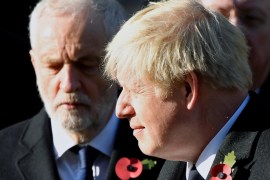 Is the UK election about Brexit, health, wealth and education?

The Conservatives are promising a deal to leave the EU while the Labour Party is promising to increase social spending. 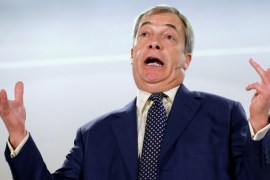 Nigel Farage’s anti-immigration populists again find themselves in the spotlight for the wrong reasons.